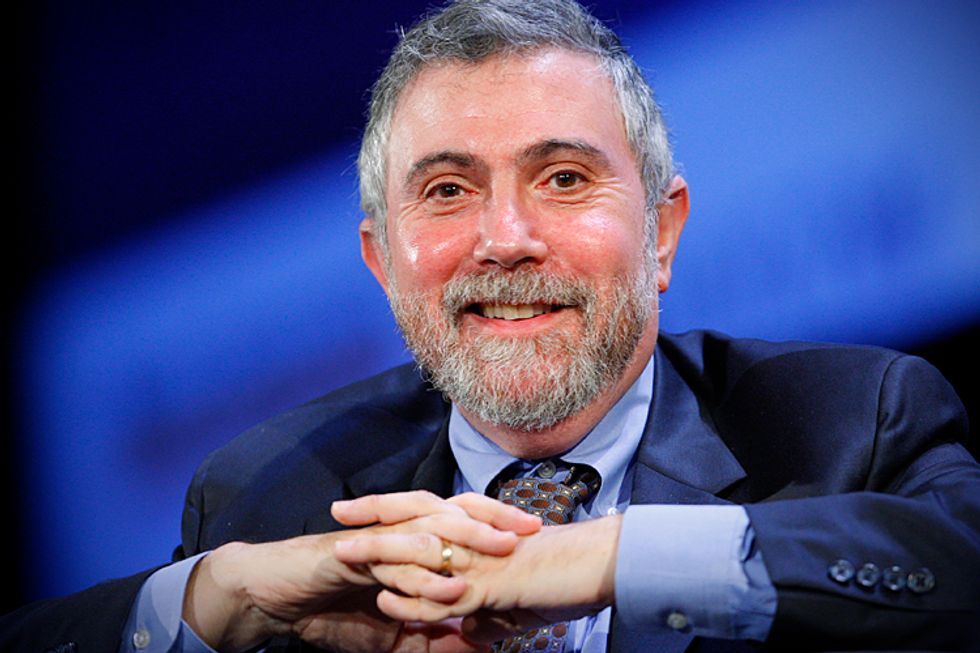 While some of the president's attacks were inspired by whatever he happened to be seeing on Fox News at the time, the new subject of his ire (Krugman) seems to have set him off by pointing out a deep dive into the president's "Opportunity Zone" tax initiative that has paid off in a big way for some of the Trump's close friends and associates.

“Since my election, many trillions of dollars of worth has been created for our Country, and the Stock Market is up over 50%. If you followed the advice of the Failing New York Times columnist, Paul Krugman, you’d be doing VERY poorly – you’d be angry and hurt. He never got it!” Trump tweeted.

Since my election, many trillions of dollars of worth has been created for our Country, and the Stock Market is up… https://t.co/wpEBosLugj
— Donald J. Trump (@Donald J. Trump)1567424339.0

Below you can see a 6-part tweet aimed at Trump that likely made the president lash out.

One thing not clear from this excellent Times read on the abuse of the "opportunity zones" tax break was whether th… https://t.co/fYAezJgSFa
— Paul Krugman (@Paul Krugman)1567351629.0

Worth remembering that the tax bill was rushed through without hearings or any time for analysis, and it was widely… https://t.co/YFBm1Eygrt
— Paul Krugman (@Paul Krugman)1567351758.0

Also, any time you try to promote some kind of economic activity with differential tax rates you create the potenti… https://t.co/Tmvpy1kxH7
— Paul Krugman (@Paul Krugman)1567351864.0

Trump's proposal to index capital gains to inflation — even aside from giving the vast bulk of the benefits to the… https://t.co/c1DBVKyboa
— Paul Krugman (@Paul Krugman)1567351991.0

So there would be huge abuse, huge giveaway to the wealthy, and job creation only for accountants and tax lawyers 6/
— Paul Krugman (@Paul Krugman)1567352173.0