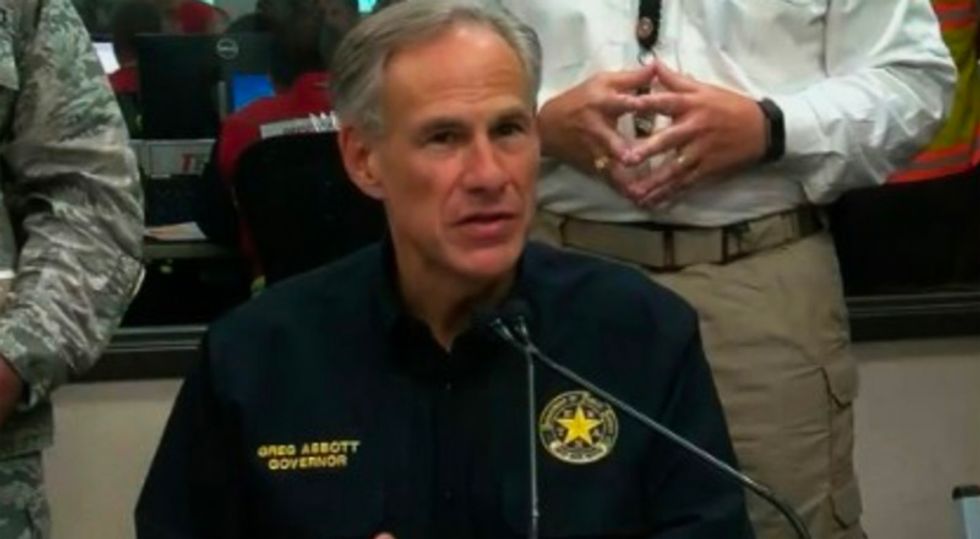 Following a Sunday press conference by Texas Republican Governor Greg Abbott that was widely panned, the name of the shooter who went on a killing spree before being shot by police near Odessa was released and more information about him became available.

With that information in hand, on Sunday, Abbott attempted to make the case that criminals shouldn't have guns -- and unwittingly made the case for expanded background checks that the NRA opposes.

Taking to Twitter, Abbott wrote, "Not only did the Odessa gunman have a criminal history... ...he also previously failed a gun purchase background check in Texas... ...& he didn’t go thru a background check for the gun he used in Odessa. We must keep guns out of criminals’ hands."

Twitter commenters were quick to pick up the illogic of Abbott's tweet, with one writing, "So we agree, background checks for all purchases. No more loopholes for private sales or gun shows."

That was the general tenor of responses to the Republican governor who signed a bill that made it easier for Texans to carry guns which went into effect on Sunday.

@GregAbbott_TX Then close the loophole for private sales. Anyone wishing to sell a previously owned gun should sel… https://t.co/mhy0yqWZmc
— I Dissent (@I Dissent) 1567450120.0

@GregAbbott_TX So we agree, background checks for all purchases. No more loopholes for private sales or gun shows.
— Adi Amrany (@Adi Amrany) 1567449799.0

@GregAbbott_TX So universal background checks & closing loopholes could have stopped him getting a weapon. I agree.… https://t.co/JbWgknbnkD
— Penny Linsenmayer (@Penny Linsenmayer) 1567450851.0