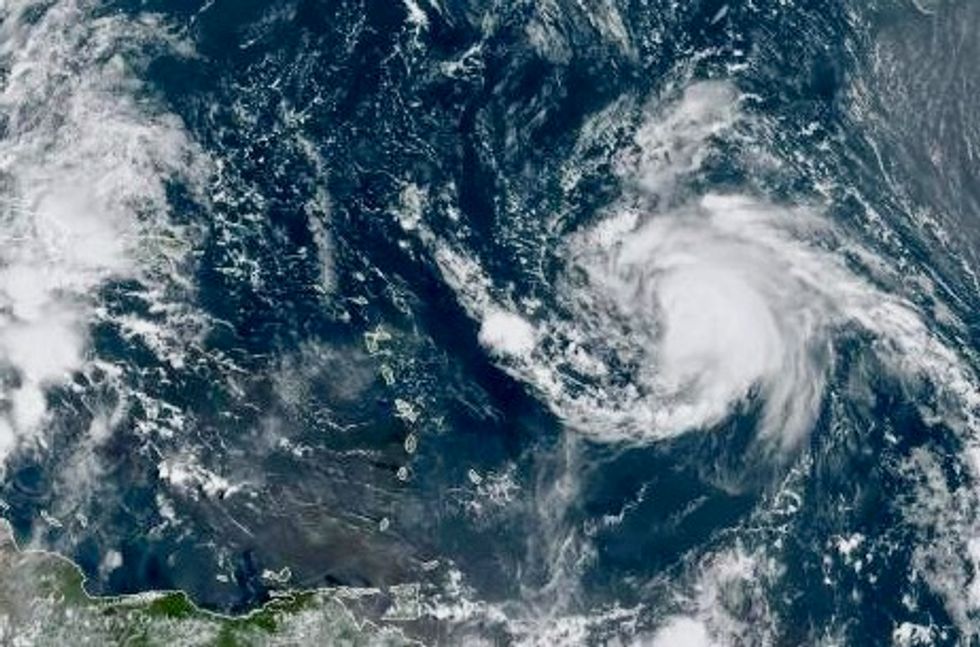 Jerry, a storm swirling in the Atlantic Ocean, became a Category 1 hurricane Thursday, but so far posed minimal threat of landfall as it made its way northwest, forecasters reported.

"The center of Jerry will be near or north of the northern Leeward Islands Friday, pass north of Puerto Rico on Saturday and east of the southeastern Bahamas on Sunday," the US-based National Hurricane Center said.

A tropical storm watch was in affect for a trail of Caribbean islands stretching from Barbuda to Anguilla, indicating that tropical storm conditions are possible in those regions over the next 36 hours.

Swells capable of creating "life-threatening surf and rip current conditions" were forecast for portions of the northern Leeward Islands by Thursday afternoon.

The hurricane is expected to produce one to three inches (2.5 to 7.5 centimeters) of rain from Barbuda onward into St. Maarten and Anguilla and in Anegada. It could dump up to three inches in the Virgin Islands and Puerto Rico.

Jerry was packing maximum sustained winds of 75 miles per hour (120 kilometers per hour), the NHC reported in its latest bulletin at 1500 GMT.

The hurricane season, which runs through November 30, has ramped up in recent weeks. Hurricane Dorian devastated the Bahamas, killing at least 52 people, with hundreds more still unaccounted for.

Earlier Thursday in the Pacific, Hurricane Lorena made landfall on the southwest coast of Mexico as a Category 1 storm.