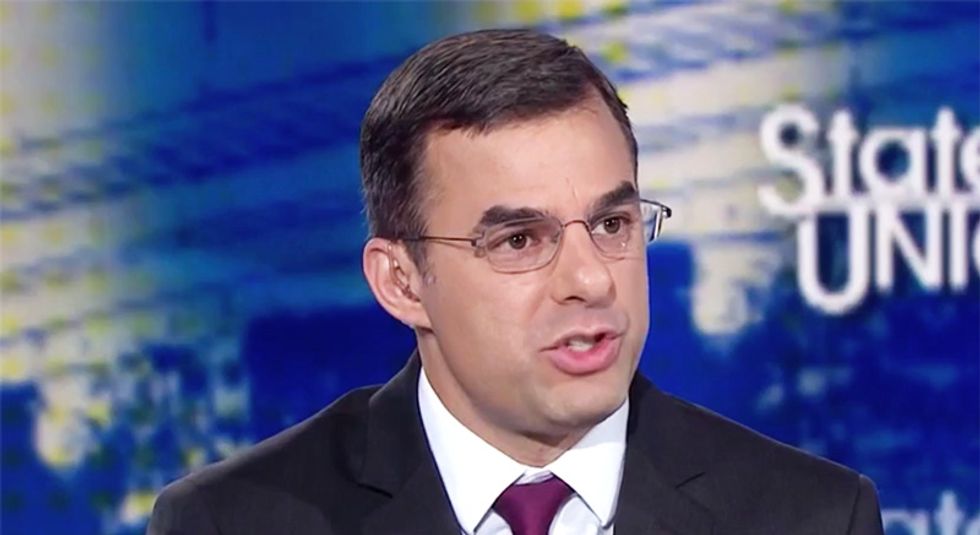 The Republican-turned-independent lawmaker called on Congress to determine what response was necessary to an alleged attack on oil production facilities in the Saudi Arabia, after the president warned the U.S. military was "locked and loaded" and awaiting further instruction from the kingdom.

"Under our Constitution, the power to commence war lies with Congress, not the president and certainly not Saudi Arabia," Amash tweeted. "We don’t take orders from foreign powers."

Under our Constitution, the power to commence war lies with Congress, not the president and certainly not Saudi Ara… https://t.co/MbNdlqeFkB
— Justin Amash (@Justin Amash) 1568597456.0

In an interview with NBC News, outgoing Arizona Democratic Party Vice Chairman Michael Slugocki revealed that Sinema has had "no relationship and no contact with the state party for months" and didn't even give them a heads up before he decision to leave the party.