Kentucky voters claim they'll stick with #MoscowMitch regardless of his corruption: report 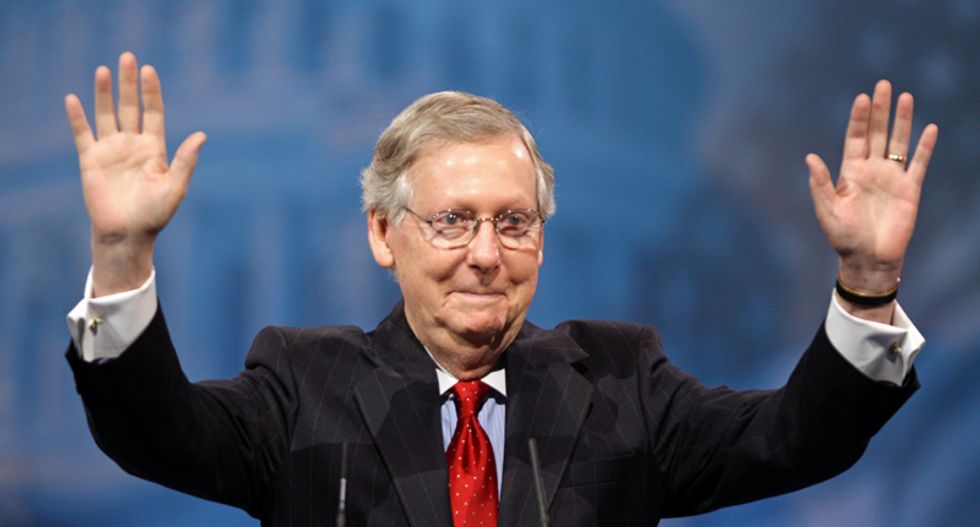 Sen. Johnny Isakson (R-GA) announced his retirement at the end of August, resulting in the state having two U.S. Senate races in 2020 -- giving Democrats the opportunity to sweep the former Confederate state.

That was not the only bad news for McConnell.

Sen. Susan Collins (R-ME) is also in danger of losing in 2020 after her vote to confirm Brett Kavanaugh to the Supreme Court.

While Republicans may lose control of the Senate in 2020, McConnell himself will likely get re-elected, NPR reported Saturday.

NPR spoke with voters in the Bluegrass State who are still backing McConnell.

"I don't think it's really a driving issue, I just think it's a very big safety concern," Smith said.

"When Trump decided to run, I wasn't a Democrat anymore. I'm a Republican," Jim Hamilton of Pikekville said.

But McConnell's critics in Kentucky plan to continue branding the majority leader as "Moscow Mitch" -- a nickname the Republican leader hates.

Christina Trosper, a Democrat, has a "Say Nyet to Moscow Mitch."

"As a lifelong Kentuckian, I think it's time — we gave him his chance, he got in power, he got into his leadership position and he's turned his back on the hardworking people in this state," Trosper explained.