NC lawmaker caught on video assaulting journalist: 'What are you doing with that camera?' 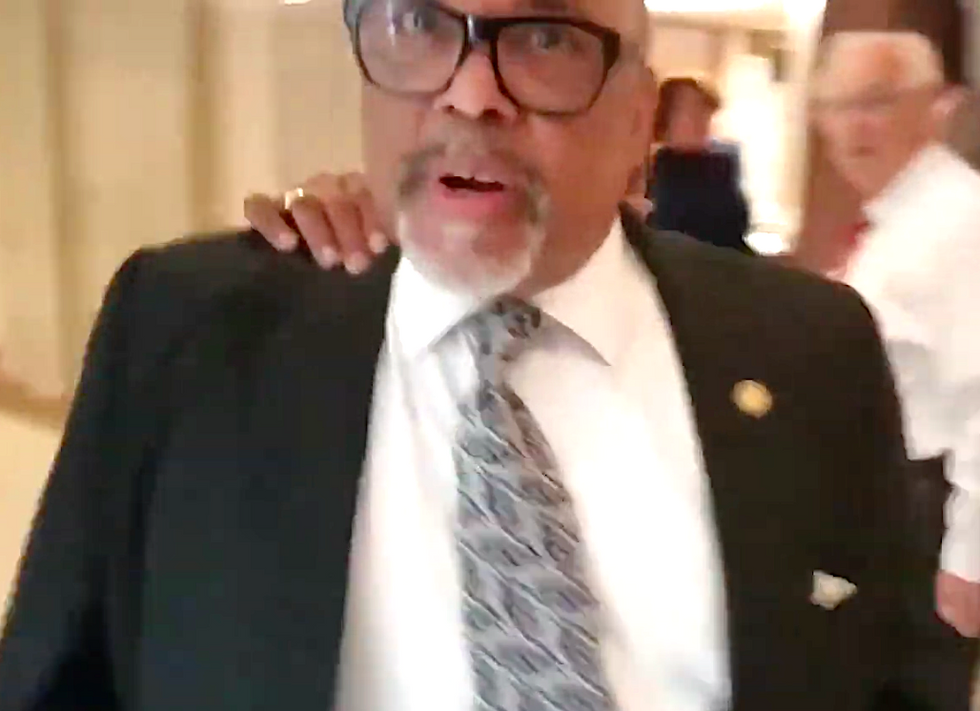 North Carolina state Senator Paul Lowe (D) has issued an apology this Wednesday after he got into a scuffle with a reporter at the state Legislative Building in Raleigh earlier that day, the News & Record reports.

According to N.C. Policy Watch reporter Joe Killian, Lowe approached him after he took out his phone and began recording after he heard commotion from behind a closed door from which Lowe emerged with two other Democratic state senators. At one point, Killian says heard someone shout for police assistance, which prompted him to start videoing the incident.

In the video, which has since been posted to YouTube, Lowe can be heard asking, “What are you doing with your camera?” to which Killian replied, "I'm a journalist." It was then that Lowe took a swipe at Killian's phone with his hand. The two then engaged in a brief struggle before Lowe threw the phone across the room.

Lowe initially denied having "accosted" anyone, but later said that he would "love to sit down and have a cup of coffee with the [Killian]."

"At some point, we will be able to talk so I can apologize to him personally," Lowe said.

But Killian wasn't so quick to forgive.

"Any North Carolinian should be able to visit the General Assembly without being assaulted," Killian added. "Working journalists, now more than ever, have to be able to do their jobs there without fear of assault or destruction of their professional equipment. Representatives of the people of North Carolina should understand that.”