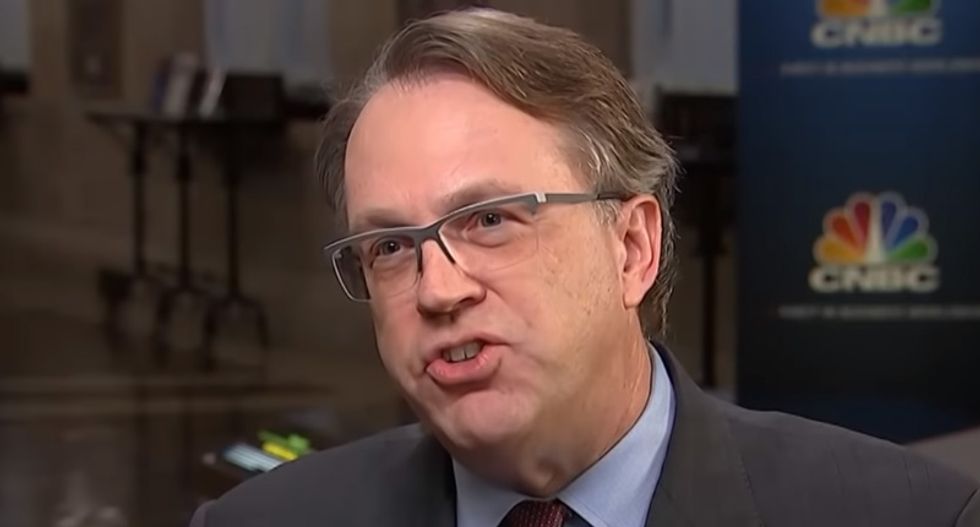 Another day, another worrisome economic indicator.

CNN reports that the New York Federal Reserve now estimates there is a 38 percent chance of a recession occurring by August 2020, which is the highest chance of recession the NY Fed has recorded since the start of the Great Recession in 2007.

The NY Fed's recession probability index is based upon the yield spread between 10-year Treasury bonds and 3-month Treasury bonds. In a growing economy, yields on ten-year bonds are usually higher than yields on two-year bonds because there is greater risk involved in investing in a long-term bond, which means investors in those bonds demand higher payouts than investors in short-term bonds.

But when the so-called yield curve inverts -- that is, when ten-year bonds actually pay less than two-year bonds -- it is seen as a sign that investors believe there are significant risks to the economy and are flooding their cash into safe harbors.

Historical data from the New York Fed shows that the past seven recessions have occurred shortly after the probability of a recession spiked to over 30 percent. The one exception was in the late 1960s when the probability of recession jumped up to over 40 percent but quickly dipped back downward. 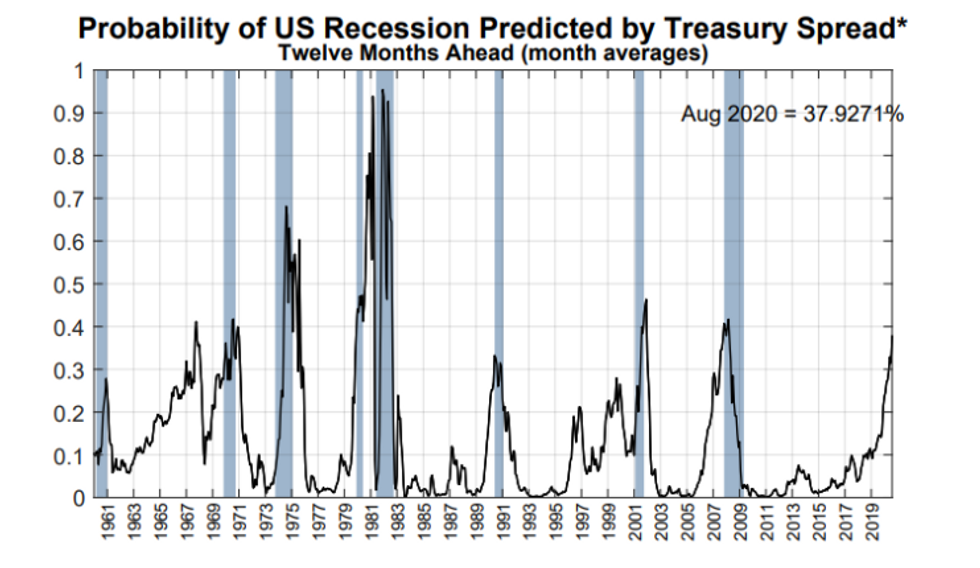 "A lot of things have to go right to avoid a recession," he says. "We need a trade deal."