California: Over 30 people missing after boat bursts into flames 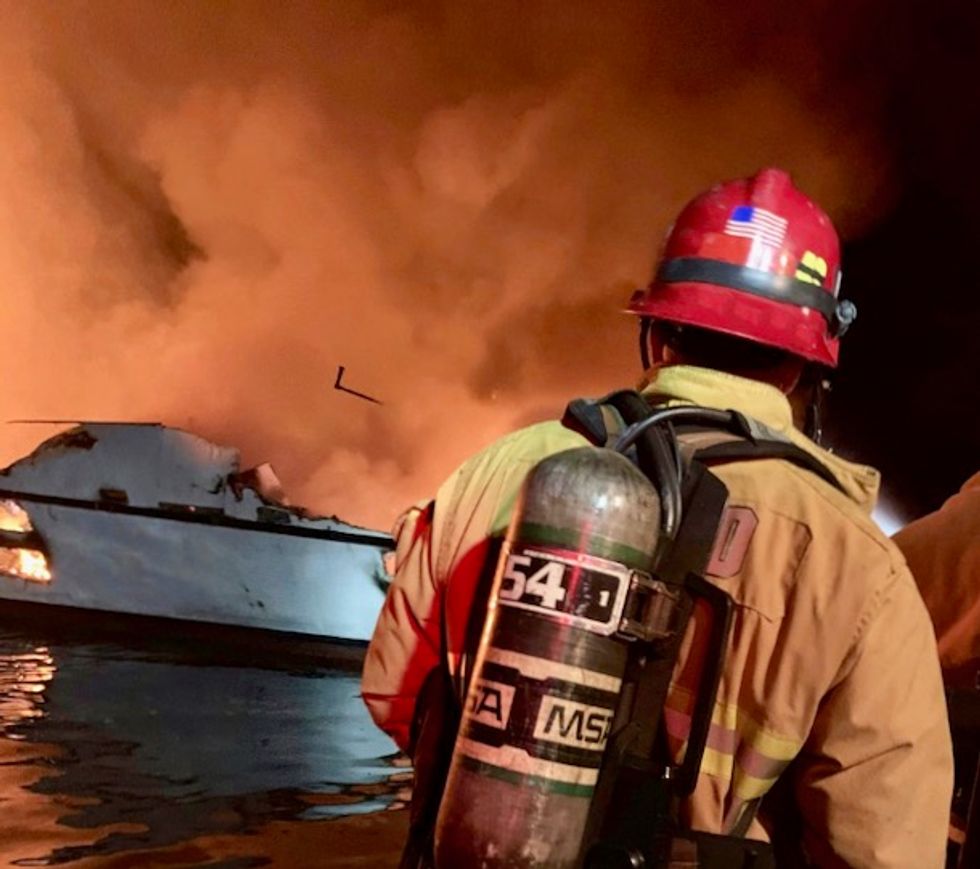 Rescuers scrambled Monday to reach as many as 34 people trapped below the deck of a burning commercial scuba-dive boat off the coast of California, US Coast Guard officials said. Many were feared dead.

Firefighters converged on the scene near Santa Cruz Island but the blaze and intense heat prevented them from breaching the hull of the 75-foot (23-meter) vessel to see if there were survivors, they said.

"I'm unaware of any survivors at this time," Coast Guard Petty Officer Aaron Bemis told CNN, adding that it was too early to confirm casualties.

Beamis said the fire broke out at around 3:15 am local time (1015 GMT) as passengers were below deck in a sleeping area.

Five crew members who were in a cabin above deck made it off the boat, Beamis said. But those below deck, who he said were reported to number 34, had not been accounted for.

"The fire was so intense that even after it was put out, we're not able to actually embark the vessel and, you know, look for survivors at this point. It's still ongoing," he said.

He said the fire was put out multiple times but flared back up, apparently because of the amount of fuel in the vessel.

"It's a large boat, and we know we have numerous fatalities. I don't have an exact number," Nash said.