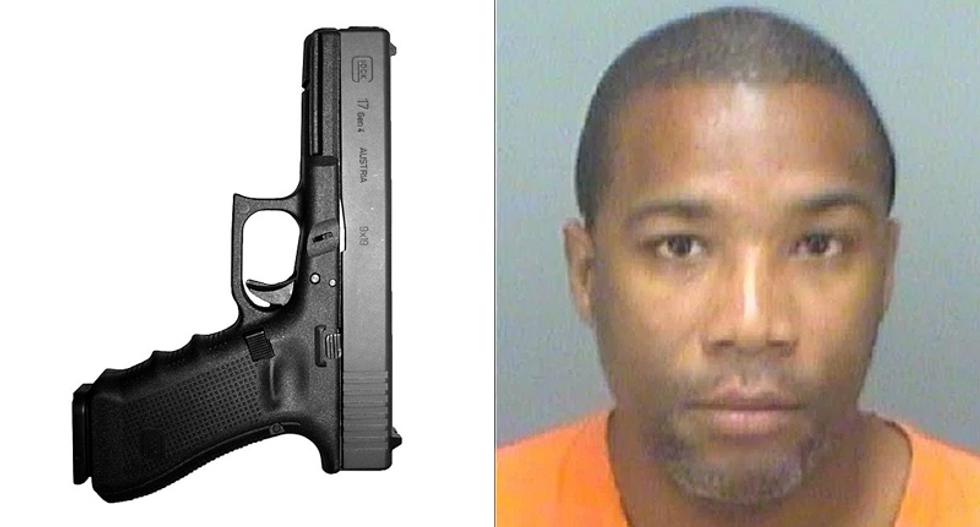 A Florida man's need for gas money has landed him in jail.

"A former Pinellas County school guardian was arrested Wednesday and charged with five counts of false verification of ownership for pawning a handgun and other items issued to him by the Sheriff’s Office," the Tampa Bay Times reported Thursday.

"Detectives started looking into Erick Russell, 37, after he was arrested Sept. 5 on charges of domestic battery and false imprisonment," the newspaper reported. "They discovered Russell had pawned his sheriff’s-issued Glock 17 9 mm firearm and two magazines on three occasions during a one-month period from July 2 to Aug. 1."

In addition to pawning his government-issued firearm, he also allegedly pawned body armor issued by the sheriff's department.

"Russell admitted to pawning the items while he was being interrogated Wednesday evening, the Sheriff’s Office said. He told detectives he needed gas money," the newspaper noted.

This is not the first time the controversial school guardian program has failed to control access to government-issued firearms.

"This isn’t the first time a Florida school guardian has been charged with pawning a service weapon. Last October, James Johnson, a Duval County guardian, was accused of pawning his issued firearm on two occasions," the paper noted. "Johnson’s wife was an elementary school principal in the Duval school district."

Russell is no longer employed by the school district and is currently being held on $25,000 bond.