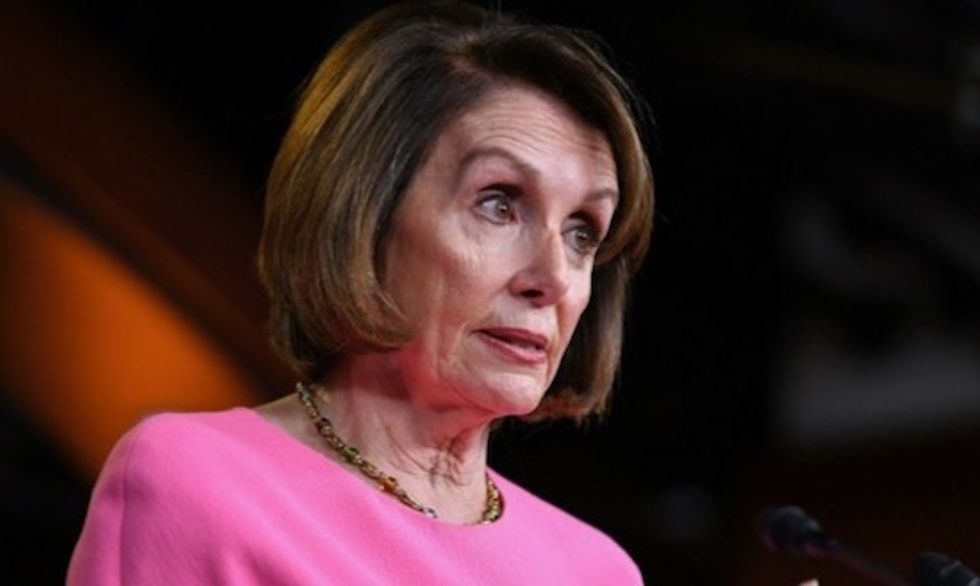 Statement  Does Not  Say 'Impeachment'

Some among the Democratic base appear frustrated with Speaker of the House Nancy Pelosi who has not been supportive of the majority of House Democrats who want to impeach President Donald Trump. Friday afternoon the Speaker quietly issued a lengthy statement responding to the bombshell news that a whistleblower has filed a "credible" and "urgent" complaint with the intelligence community.

Pelosi's statement, which was not posted to her social media accounts as of this writing, made its way through Twitter via a handful of reporters.

“If the President has done what has been alleged, then he is stepping into a dangerous minefield with serious repercussions for his Administration and our democracy,” Pelosi said, as a Politico congressional reporter pointed out:

Pelosi issues lengthy statement on the whistleblower complaint: “If the President has done what has been alleged,… https://t.co/CCPekrw7OX
— Andrew Desiderio (@Andrew Desiderio) 1569001830.0

Nearly two-thirds of House Democrats support impeaching Trump, or beginning a formal impeachment inquiry at the very least, according to Politico. But the majority of the nation does not, nor do a majority of Democratic voters, according to recent polls.

"Only 37 percent support beginning impeachment proceedings, while half oppose it," Politco reports, citing its own polls.

Speaker Pelosi's statement concludes with this:

"We will continue to follow the facts and explore every possible option to ensure the American people get the truth. We would hope that Republicans would join us in supporting the Constitution."

Some online are calling her statement "weak," while others are disappointed with the lack of specific threats of action, and others are expressing exasperation with the Speaker not supporting impeachment:

@AndrewDesiderio Weak as usual @TeamPelosi . Trump has clearly crossed the impeachment line with this one.
— Pete A (@Pete A) 1569002148.0

@AndrewDesiderio With all due respect @SpeakerPelosi , when is enough enough? What repercussions has this administr… https://t.co/knTHDdpt0I
— PhatboyNYC (@PhatboyNYC) 1569002254.0

Suggestion for Sunday shows: Invite Speaker Pelosi and ask her what would merit impeachment? Is there a red line so… https://t.co/oICuiycg5r
— Jorge Guajardo (@Jorge Guajardo) 1568995571.0

@kylegriffin1 You hear that Trump? You only have 100 more scandals before Pelosi pounces...on another mildly writte… https://t.co/v6W1g5Kjkr
— Kenneth Jimenez (@Kenneth Jimenez) 1569003728.0

After a week has passed, at last a statement...that advances the effort to secure the complaint in no concrete way. https://t.co/IXDbbzv8h3
— Brian Beutler (@Brian Beutler) 1569003481.0

I just read Pelosi’s statement on the whistleblower. I want to throw my phone across the Fucking room. WTF??
— Farrell McManus (@Farrell McManus) 1569004741.0