Spy exfiltrated from Russia has shockingly lax security after Putin paints a target on his back: columnist 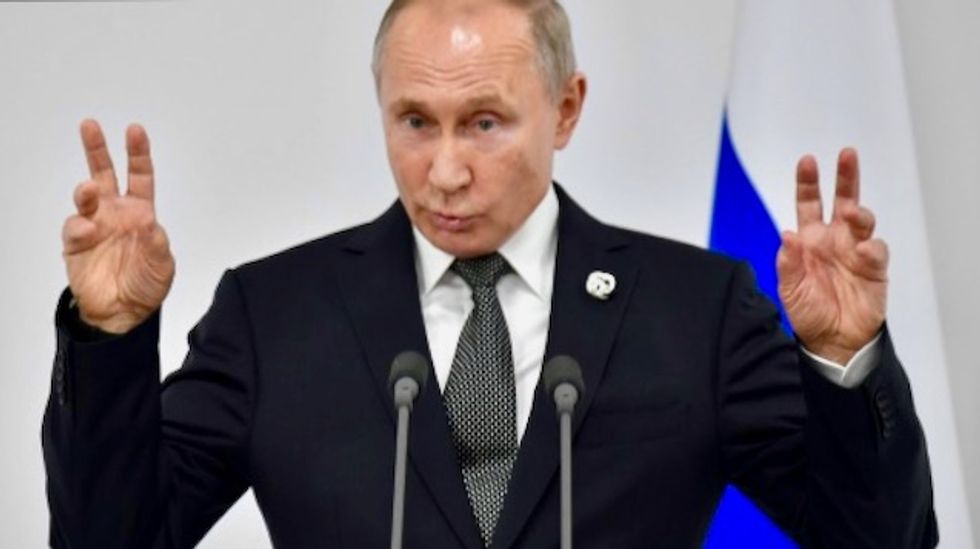 The U.S. spy exfiltrated from Russia following intelligence risks exacerbated by President Donald Trump was, by all accounts, an extremely deep-embedded asset, with direct access to Russian President Vladimir Putin.

And yet, noted Amy Knight of The Daily Beast, the spy — whose identity remains anonymous for their protection — allegedly does not have security measures as strong as would be expected at their northern Virginia home.

"Given the threat from the vengeful and murderous regime of Russian President Vladimir Putin, the home appears to be closely watched (judging by the convergence of cars when The Daily Beast showed up), but security seems, to say the least, lax," wrote Knight.

Why is this the case? Knight offered multiple theories.

First of all, she noted, "perhaps he’s not that important or indeed that spy. Maybe there was another Deep Throat extracted from the Kremlin. But the profiles do seem to fit."

"Another more likely possibility is that over the years the CIA has come to believe that the Russian secret services would not dare to carry out what are known in the trade as 'wet works,' or assassinations, on U.S. soil," she suggested.

But if this is the case, it seems foolhardy. The Russian government has proven itself more than capable of targeted plots against its enemies on the soil of Western countries, most notably the attempted murders of Alexander Litvinenko in London and Sergei Skripal in Salisbury.

Moreover, noted Knight, it is possible the Russian government already knows who this spy is, given that they were reportedly the source of the knowledge that Putin directly ordered Russian interference in the 2016 election, and the Kremlin began an aggressive campaign of investigations and arrests as U.S. intelligence officials revealed the scope of the plot.

"It has long been conventional wisdom that the Kremlin would not dare to assassinate its enemies in the United States," wrote Knight, partly because the security services struggle to find people willing to undertake such assignments. But, "there have been at least two suspicious deaths of important defectors here in the U.S." — Walter Krivitsky, and Sergei Tretyakov.

"The fact is Putin does not much care if the Kremlin is caught red-handed. Quite the opposite," concluded Knight. "The goal, as always, is to send a warning to political enemies and would-be defectors that Putin’s vengeful reach extends around the globe."