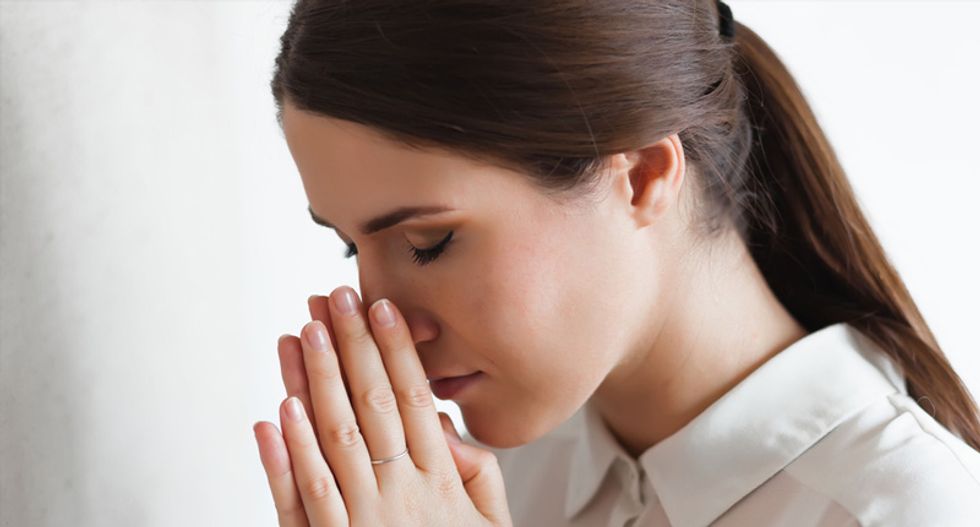 While some people may think the sentiment "I'm praying for you" might be a nice gesture, researchers have found that when it comes to 'thoughts and prayers,' some atheists would pay money to avoid them.

The study was conducted by Linda Thunström of the University of Wyoming and Laramie and Shiri Noy of Denison University, and was published in the Proceedings of the National Academy of Sciences (PNAS).

Speaking to The Guardian, Thunström said that the results may be a reflection of the "political climate we are in."

“Some of these people might feel they hear the phrase ‘thoughts and prayers’ all the time, and perhaps it provokes something in them," she said.

According to the Friendly Atheist's Hemant Mehta, the study is a good indicator of how to offer your condolences to people affected by tragedy.

"...don’t just offer victims thoughts or prayers as if those words will be taken as a heartfelt gesture by everyone," Mehta writes. "Think about who you’re talking to. Find out what they actually need. Stop reflexively saying that phrase."

'They're all begging me': Trump auditions potential 2024 running mates with Mar-A-Lago loyalty tests

Donald Trump is auditioning potential 2024 running mates through both public comments and private meetings, and he's less bound by political rules than the last time he chose Mike Pence to be his vice president.

A dozen Trump advisers and close associates told Politico the twice-impeached one-term president is prioritizing unquestioned personal loyalty and the embrace of his election fraud lies, although he's giving some consideration to balancing the ticket with a woman or candidate of color.

Kristofer Harrison, a Russia expert who served in the George W. Bush administration, explained the dynamic in a new piece published by The Bulwark.