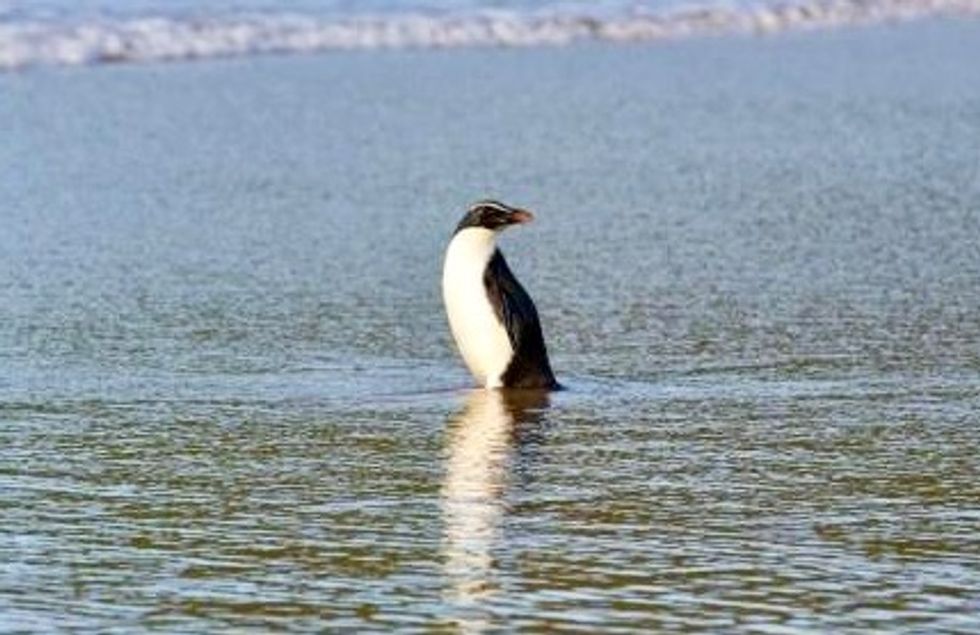 A tiny penguin that made the mammoth journey from New Zealand to Australia has been nursed back to health and released into the wild -- in the hope it will find its own way home.

The emaciated Fiordland penguin was found struggling on rocks near Lorne, south of Melbourne, about 2,500km (1,500 miles) from its native habitat of New Zealand.

Melbourne Zoo head of veterinary services Michael Lynch said the bird was so underweight it had to be gradually reintroduced to food and the water over several weeks.

"Over time it began to put on weight again," he said.

"We then started to reintroduce it to water when it was strong enough to swim to help build up some muscle."

Fiordland penguins are known to swim large distances to forage for food, sometimes even spending so long in the ocean that they grow barnacles on their tails.

They are classified as a threatened species, with an estimated 5,000 left in the wild.

After two months of care it earned a bill of good health this month. It has now been microchipped and released at a beach on Phillip Island, off the Victoria state coast.

"It's a tough life out there in the ocean, but we're hopeful this penguin will find its way back to New Zealand and eventually breed," Lynch said.

"We've given it every chance to do so."