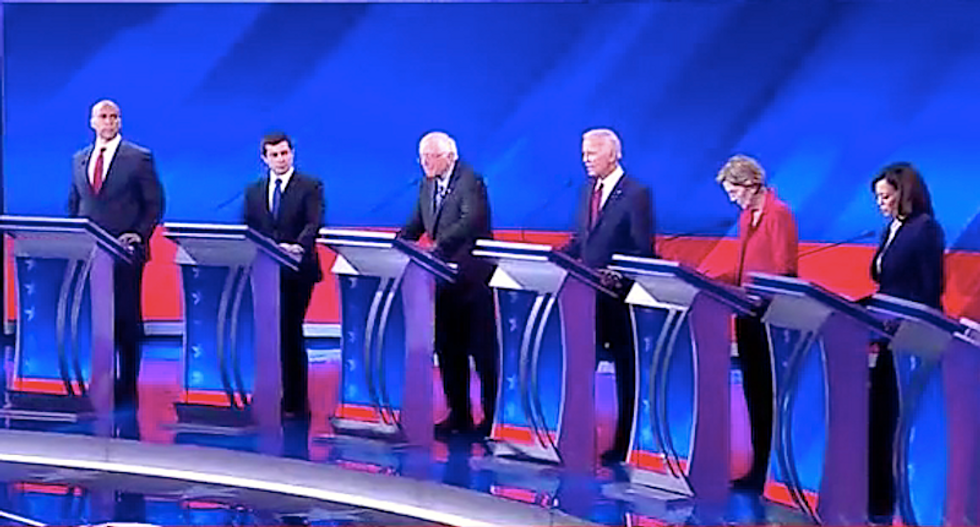 Democratic Party 2020 hopefuls gathered in Houston on Thursday for the third round of debates.

While the candidates presented their visions for leading America, their message was drowned out online by "bots" pushing the messages of President Donald Trump's re-election campaign.

"More than 1,000 accounts across several different social media platforms with suspicious, bot-like characteristics helped push quote tweets, a tweet that is retweeted but additional text is added, from Donald Trump campaign accounts during the third primary debate, according to an analysis provided to Axios by social media intelligence company Storyful," Axios reported Saturday. "Those tweets accounted for the top 3 most-shared links across several social media platforms, including Facebook, Reddit, etc., during the debate."

Story analyzed 1.4 million posts made over a seven-hour period before, during, and after the three-hour debate.

"The most-shared tweet came from @TeamTrump, the official Twitter account for the Trump Campaign, and contained a video of a pro-Trump banner flown over the debate location. The third-most shared tweet, which came from @TrumpWarRoom, also contained the same video," Axios reported.

"The second most-shared tweet, also from @TrumpWarRoom, used a video to push back Sen. Cory Booker’s claim during the debate that Trump had not condemned white supremacists," Axios noted.

The analysis also ranked the candidates by social media mentions: