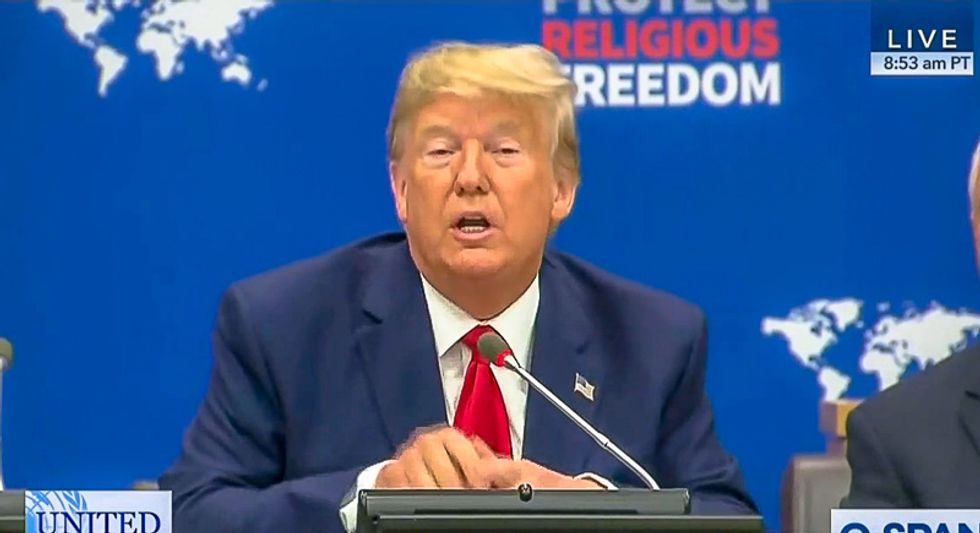 President Donald Trump on Monday praised evangelical preacher Franklin Graham, who is known for his views against Muslims and LGBT people, at a UN event for religious freedom.

While speaking at the international gathering, the U.S. president went off script with his acknowledgement of Graham.

"I also want to thank Franklin Graham because he has been so instrumental in everything we are doing, such an incredible job in so many ways," Trump said. "Floods and hurricanes and every time I go I see him and he’s always there before me."

"I’m going to beat him one day but he is always at these places of really disaster areas. He is right there, incredible large staff of volunteers that are just amazing," he added. "Thank you very much."