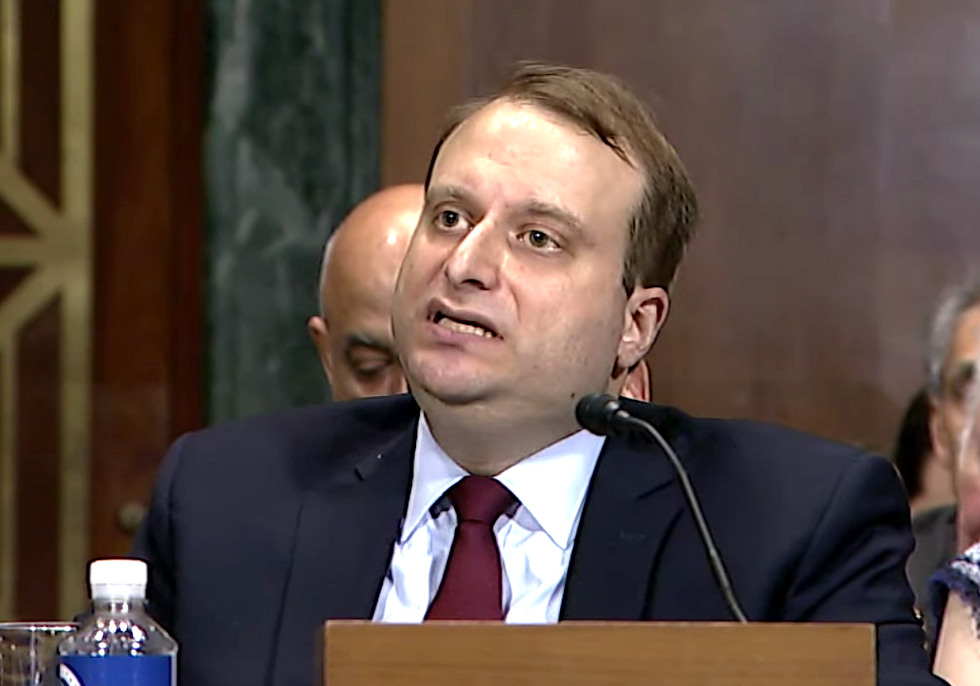 Both Republicans and Democrats hammered President Trump’s Second Circuit Court of Appeals nominee this Wednesday after he refused to answer their questions regarding controversial statements and writings he's made in the past, POLITICO reports.

Steven Menashi has come under fire for dozens of editorials and blog posts he wrote in the late 90s and early 2000s where he called recipients of need-based financial aid "grasshoppers." He also disparaged "ethnically heterogeneous societies" and said they "exhibit less political and civic engagement, less effective governing institutions, and few public goods."

At one point during the hearing, Sen. Dick Durbin (D-IL) slammed Menashi for dodging his questions.

Sen. John Kennedy (R-LA) also tore into Menashi for being vague regarding a question about school shootings, among other things.

Even GOP Senator Lindsey Graham (NC) voiced frustration with Menashi, slamming him for an editorial he wrote about trial lawyers which suggested they take advantage of the public. According to Menashi, he wrote the piece before he went to law school and it doesn't represent his current views.

When asked about his time working for the White House, Menashi continued to be less-than-forthcoming.

“I’m just asking if you have worked or advised on the administration’s policy of separating families at the border,” Sen. Dianne Feinstein (D-CA) told him. “I’m not asking what, just whether you’ve done it.”

As Menashi continued to obfuscate, Graham chimed in to defend Feinstein.

As the hearing went forward, protesters gathered outside and chanted, "Title IX is one the line!" As Newsweek points out, Menashi has "frequently opposed laws promoting equality for women, the LGBTQ community and minorities."

Trump nominated Menashi in August for a lifetime appointment to the U.S. Court of Appeals for the Second Circuit. He currently serves as the associate White House counsel and special assistant to Trump.