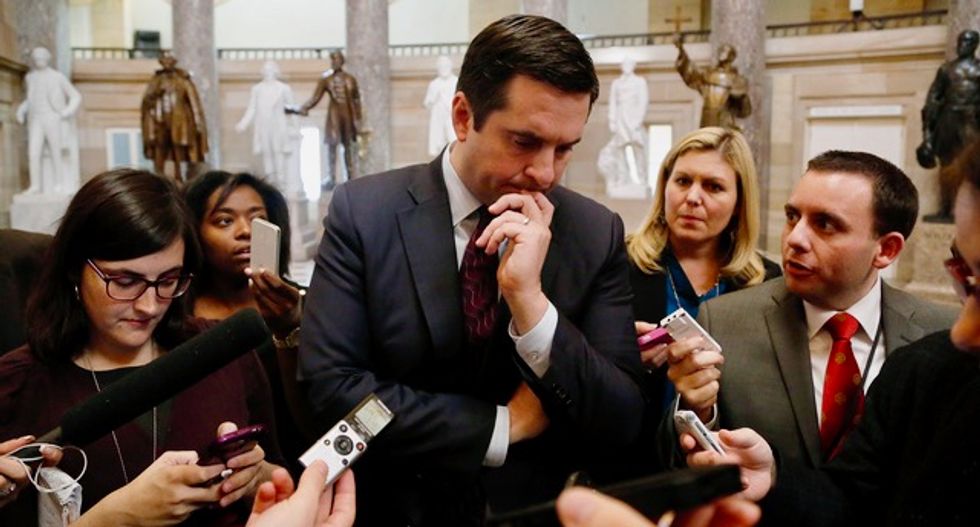 "Members of Congress typically work hard to represent their districts. In particular, they try to secure benefits that they can bring home and brag about. Constituents wind up hearing good things about their representatives, and therefore tend to vote for them, all else equal. Thus the advantage of incumbency," wrote Bernstein. "But what happens when incumbents actively support policies that take valuable projects away from their districts? That’s what’s going on with President Donald Trump’s decision to transfer appropriated military funds to pay for his border wall (yes, the one that Mexico was supposed to pay for and that Congress has repeatedly failed to fund)."

GOP senators who are on the receiving end of these losses are put in a tough spot. Senate Majority Leader Mitch McConnell (R-KY), whose state is losing a planned middle school serving a military base on the state line, has vowed to "protect" funding for the project, even while he supports the broader aims of the national emergency declaration to build a border wall.

Others, like Sen Cory Gardner (R-CO), are taking a different line and blaming Democrats for the loss of funding in their states. "It’s unfortunate Democrats can’t defend the border and defend the country at the same time," said Gardner in a statement. "If they could, we would have a border that was secure and no need for other funding to secure the border."