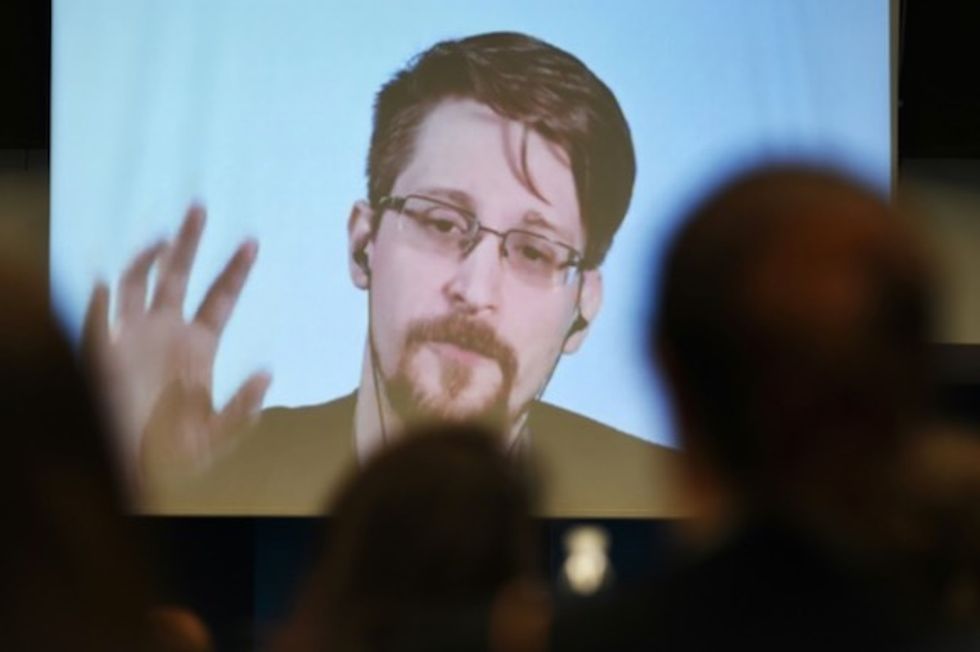 The US Justice Department on Tuesday filed a lawsuit against Edward Snowden seeking to prevent the former CIA employee and National Security Agency contractor from profiting from his new book.

The civil lawsuit against Snowden, who is living in Russia after leaking information about the US government's mass surveillance program, accuses him of violating non-disclosure agreements he signed with the CIA and NSA.

The lawsuit says Snowden published his book, "Permanent Record," which went on sale on Tuesday, without submitting it to the agencies first for pre-publication review.

In a statement, the Justice Department said it was not trying to block publication but is seeking to recover any book proceeds earned by Snowden, who is facing espionage charges.

The publisher of the book, Macmillan Publishers, was also named in the lawsuit "to ensure that no funds are transferred to Snowden," the Justice Department said.

"Edward Snowden has violated an obligation he undertook to the United States when he signed agreements as part of his employment by the CIA and as an NSA contractor," assistant attorney general Jody Hunt said.

"We will not permit individuals to enrich themselves, at the expense of the United States, without complying with their pre-publication review obligations."

G. Zachary Terwilliger, US attorney for the Eastern District of Virginia, where the lawsuit was filed, said the suit was intended to "ensure that Edward Snowden receives no monetary benefits from breaching the trust placed in him."

Snowden, who could go prison for decades if convicted, said in an interview broadcast on Monday with "CBS This Morning" that he would like to return home -- if he can get a fair trial.

Snowden has been living in Russia since leaking thousands of classified documents to the press in 2013 which revealed the scope of US government surveillance after 9/11.

Praised as a whistleblower and a privacy advocate by his defenders, the United States accuses Snowden of endangering national security and filed charges against him under the Espionage Act.