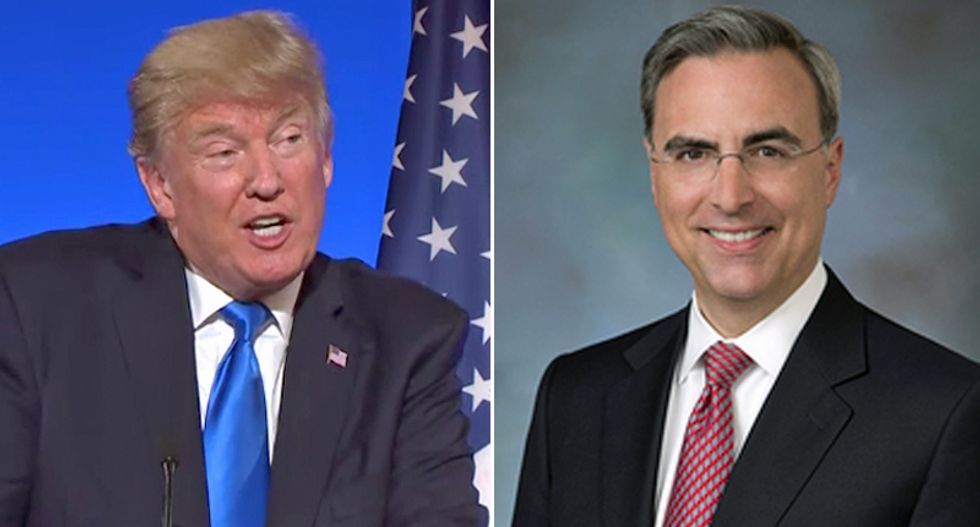 Writing for the conservative Bulwark, attorney Philip Rotner called out current White House counsel Pat Cipollone for his letter to Congress stating the Trump administration will be ignoring subpoenas and requests for information from House Democrats as part of their impeachment inquiry.

Getting right to the point, the columnist called Cipollone's claims "An act of lawlessness. Full stop."

"In theory, there’s nothing wrong about a president pushing back against congressional encroachments into legitimately perceived executive authority. But there’s a difference between protecting executive turf and stonewalling," he wrote before adding, "And Trump has crossed that line, by a mile."

Cipollone’s position is clear and unqualified: 'President Trump and his Administration cannot participate' in the congressional impeachment inquiries," he explained. "Read 'cannot participate' to mean that the entire Trump administration is being ordered by the president to refuse to testify or provide documents to Congress. Cipollone’s 8-page letter is more political screed than legal brief. Much of it makes purely political arguments that Trump hasn’t done anything wrong, that he doesn’t deserve to be impeached, and that the inquiry is driven by political motives. That’s fine, so far as it goes. Cipollone is entitled to his political opinions. But this isn’t about political opinions. It’s about the law."

"It is difficult to believe that Cipollone’s legal arguments are being made in good faith. They are not debatable, or matters of interpretation. They are just wrong. A first-year law student would know better than to cite either of the cases Cipollone cites in support of an argument that a president has a constitutional right to participate in impeachment proceedings while they are still in the investigation/inquiry phase," he charged before concluding, "Trump’s order preventing witnesses from testifying before Congress has no legal justification. It is stonewalling and obstruction, pure and simple. Congress should treat it as such."