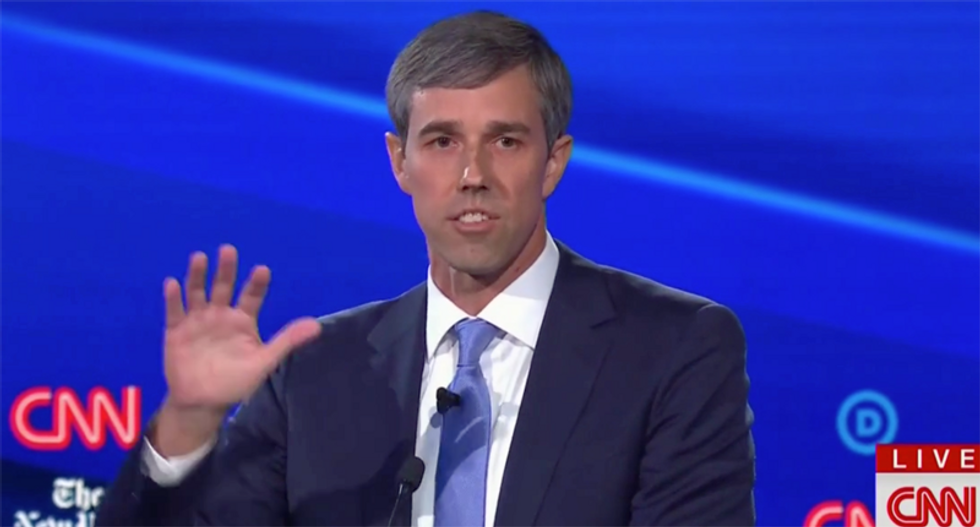 By Abby Livingston and Alex Samuels

Former U.S. Rep. Beto O'Rourke took his most aggressive posture yet in a presidential primary debate in an exchange with the Democratic frontrunner, U.S. Sen. Elizabeth Warren of Massachusetts on Tuesday evening.

While answering a question on tax policy in the fourth round of Democratic debates, O'Rourke went after Warren's lack of clarity on how she will pay for various policy proposals like Medicare For All.

He later followed up, saying Warren "has yet to describe her tax plan," and whether not average Americans will see a tax increase.

Warren responded, saying she was "shocked" that anyone would view her policies as punitive.

O'Rourke was not the only candidate who critiqued Warren for not stating whether she will raise taxes. Since the last debate, Warren has outpaced former Vice President Joe Biden in several recent polls. As such, she was the magnet for other candidates' criticisms.

South Bend Mayor Pete Buttigieg had a similar exchange with her earlier in the debate, and U.S. Sen. Amy Klobuchar of Minnesota pushed back against Warren's Medicare for All proposals.

After the O'Rourke exchange, U.S. Sen. Cory Booker of New Jersey implicitly fired back against him, arguing that Democratic candidates ought to avoid "tearing each other down."

Otherwise, O'Rourke and the other Texan onstage, former U.S. Secretary of Housing and Urban Development Julián Castro were absent from long stretches of discussion Tuesday night. The exclusions on the part of the CNN and New York Times moderators is indicative of their lower status in polling and momentum in this race.

The two men are in a fight for political survival. Neither Texan has met the polling threshold to qualify for the fifth debate, to be held in Georgia on Nov. 20.