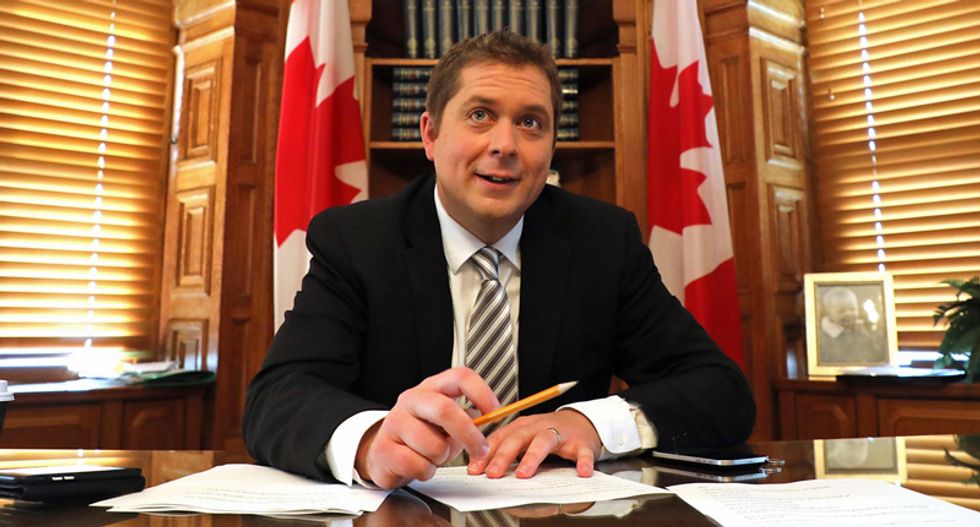 As voters in Canada prepare to go to the polls in less than three weeks for a federal general election, the campaign received a shakeup on Wednesday when it was revealed the Conservative party leader is an American.

"Andrew Scheer’s campaign confirmed Thursday that the Conservative leader is a citizen of both Canada and the United States, but said he’s in the process of renouncing his American citizenship," the Toronto Star reported.

Simon Jefferies, a spokesperson for Conservatives, defended the immigration status while also promising it would be fixed.

“Like millions of Canadians, one of Mr. Scheer’s parents was born in another country and immigrated to Canada to start a family,” Jefferies wrote in a statement. “Once Mr. Scheer became leader of the Conservative Party of Canada, he decided he would renounce his U.S. citizenship before the election.”

Scheer claims he has never voted in an American election.

"To renounce U.S. citizenship, an applicant must appear in person before a U.S. diplomatic officer or at a U.S. embassy and sign an oath of renunciation. The U.S. Embassy in Ottawa is 4.8 kilometres away from Scheer’s official residence, Stornoway," the Star noted.

Jagmeet Singh of the New Democratic party and Yves-François Blanchet of Bloc Québécois and Elizabeth May of the Green party are among those also challenging Liberal party leader, Prime Minister Justin Trudeau, in the October 21st election.