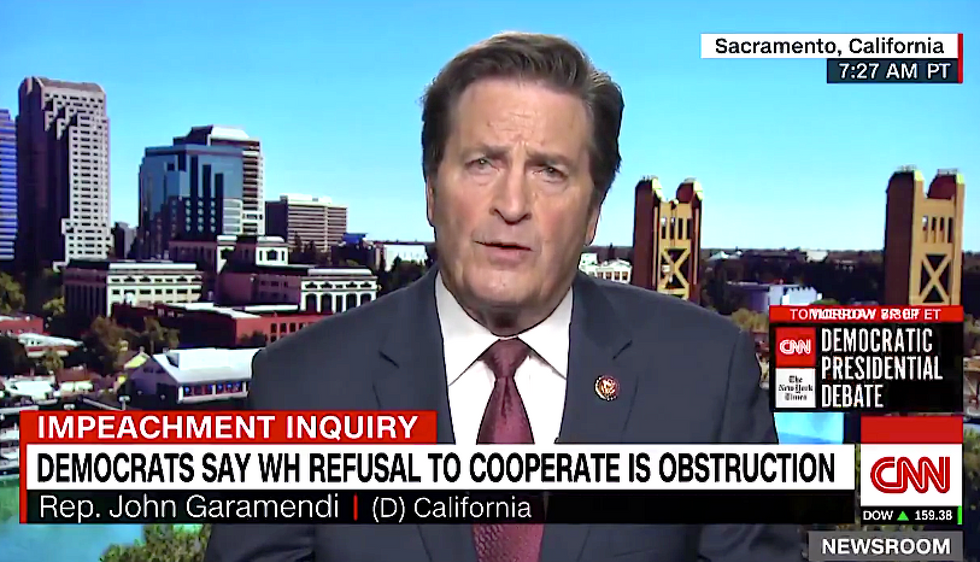 During an appearance on CNN this Wednesday, Democratic Rep. John Garamendi (CA) said that it's time Congress starts jailing Trump administration officials who refuse to cooperate with the impeachment inquiry.

"With regard for inherent contempt, I've been for that all along," Garamendi said. "I think that if they come and they simply refuse to answer questions, I think it's time to call in the sergeant at arms, march them off to a little jail, which we do happen to have in one of the rooms of the Capitol."

When asked by CNN's Poppy Harlow if he thought Attorney General William Barr should be among those put in jail, Garamendi replied in the affirmative.

"I think we ought to be prepared to go all out on this," he said.

Garamendi was referring to a letter sent to House Speaker Nancy Pelosi from the White House, saying that the Trump administration will not comply with the impeachment inquiry.

"In order to fulfill his duties to the American people, the Constitution, the executive branch and all future occupants of the office of the presidency, President Trump and his administration cannot participate in your partisan and unconstitutional inquiry under these circumstances," the letter read.

Watch an excerpt of Garamendi's interview below: