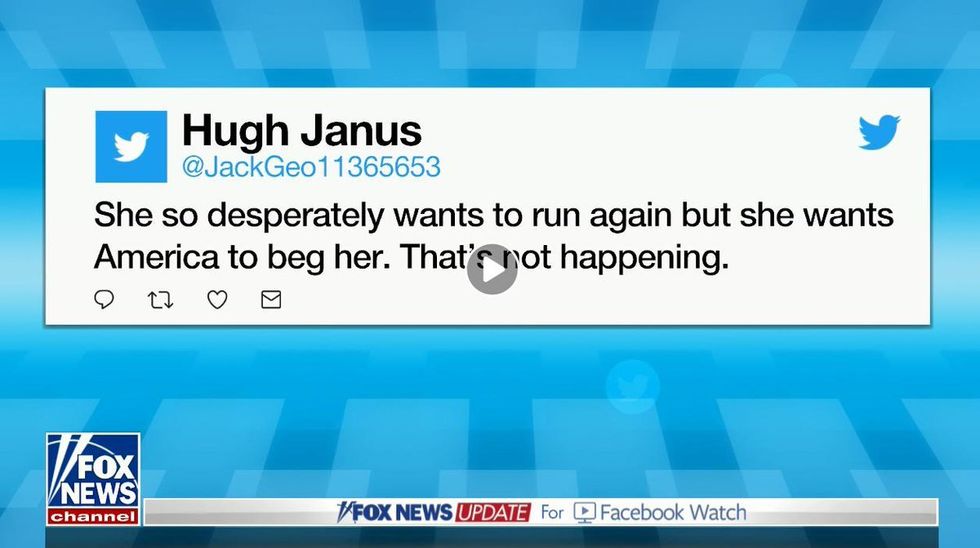 In a rush to condemn former presidential candidate Hillary Clinton, Fox News on Wednesday mistakenly aired a tweet from a prank account whose name sounds like "huge anus."

"She so desperately wants to run again but she wants America to beg her," a tweet displayed by Fox News said on Wednesday. "That's not happening."

The tweet turned out to be from an anti-Hillary Clinton bot named "Hugh Janus."

Media Matters' Natalie Martinez, who caught the mistake, offered some advice to the news channel.

"1. Don't amplify accounts with clearly spammy handle names," she said. "2. Maybe read the screen name aloud before you broadcast it to the world."