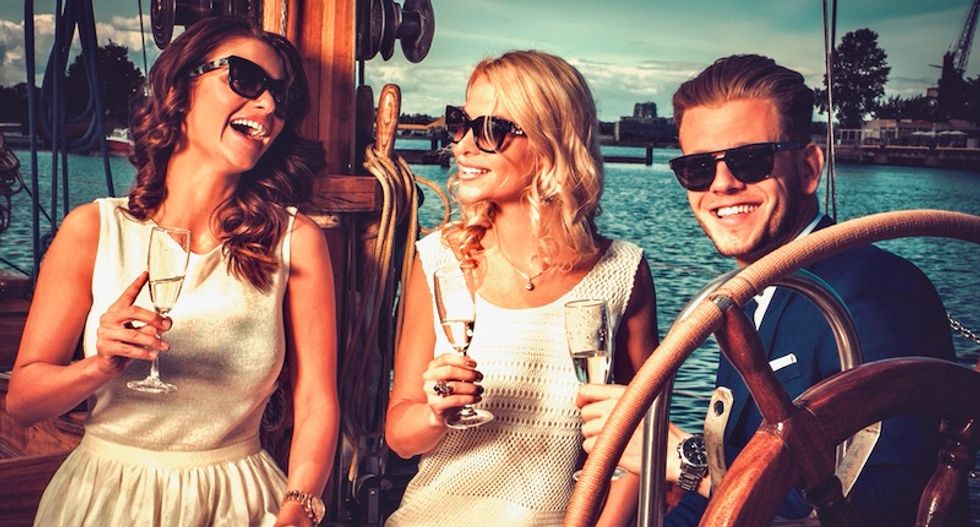 "The ever-widening gap between the ultra-rich and the rest of us has reached alarming proportions and demands a strong legislative response."

California Congressman Jimmy Gomez on Friday introduced legislation in the Democrat-controlled U.S. House that aims to address "our country's rapidly increasing wealth inequality by strengthening the estate tax and ensuring the wealthiest among us pay their fair share."

"Trust fund babies who have done nothing to earn their wealth besides being born into the right family have no right to pay a lower tax rate on their millions than hard-working Americans do on the income that they work for."

The For the 99.8% Act would impose a progressive tax on the estates of the richest Americans. Sen. Bernie Sanders (I-Vt.), a 2020 Democratic presidential candidate, introduced the companion bill in the Republican-controlled Senate in January.

Under the bill, "the families of all 588 billionaires in America would owe up to $2.2 trillion in estate taxes, amounting to revenue that can be used to address critical needs for working families and the most vulnerable among us," according to Gomez's office.

"The ever-widening gap between the ultra-rich and the rest of us has reached alarming proportions and demands a strong legislative response," Gomez, a member of the House Ways and Means Committee, said in a statement. "No longer can we allow this structural power imbalance—one where the billionaire-class hoards the very wealth working families helped to create—define our nation's values and priorities."

Gomez also thanked Sanders "for joining me in our shared mission to level the economic playing field for the working-class and transform our economy into one that works for every American."

"No longer can we allow this structural power imbalance... define our nation's values and priorities."

"We are facing levels of inequality not seen since the Gilded Age of the robber barons, where the top one-tenth of one percent owns about as much wealth as the bottom 90 percent," Sanders said Friday. "The richest 400 billionaires pay lower taxes than everyone else. In my view, this obscene inequality in wealth and political power is not compatible with a democratic society."

The White House hopeful added that "I am proud that Rep. Gomez is leading three dozen members of the House in introducing the For The 99.8% Act to tax today's dynasty trusts and curb their power, while raising trillions of dollars for the essential programs we need as a country."

The bill is also backed by 80 national organizations that sent a letter of support to Congress Friday. The letter highlighted various provisions of the bill and pointed out that "the public overwhelmingly favors raising taxes on the wealthy—typically by a margin of 2 to 1."

"In my view, this obscene inequality in wealth and political power is not compatible with a democratic society."

Americans for Tax Fairness executive director Frank Clemente, whose group signed on to the letter, called the legislation "a critical step" toward creating "an economy that works for all of us, not just the wealthy few."

"It will raise well over $300 billion," Clemente noted, "that can be used to help people afford healthcare, improve our schools, and rebuild crumbling infrastructure across the country."

Patriotic Millionaires also signed the support letter. Retired tech executive Charlie Simmons, a member of the group, said in a statement that "as a millionaire who will end up paying the estate tax, I say that we should expand it."

"Tax my estate," said Simmons. "Trust fund babies who have done nothing to earn their wealth besides being born into the right family have no right to pay a lower tax rate on their millions than hard-working Americans do on the income that they work for."