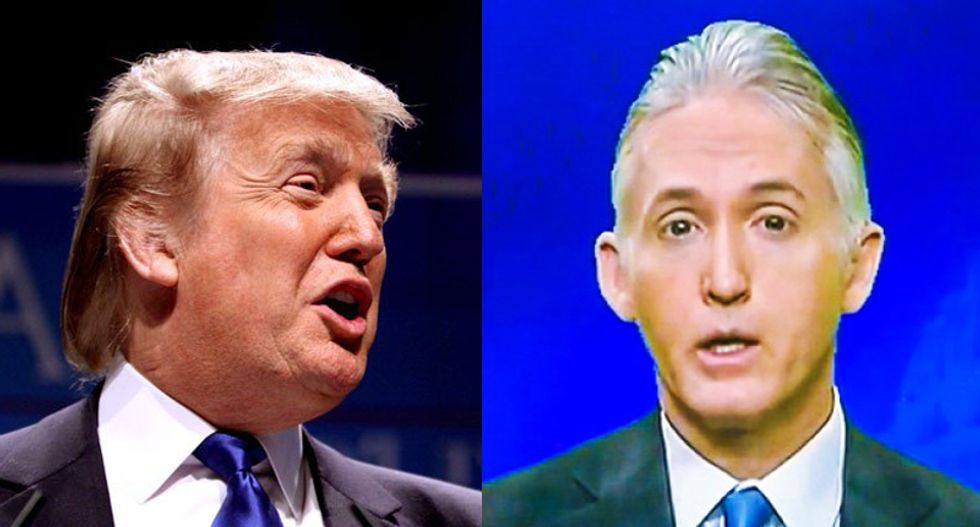 Former Rep. Trey Gowdy (R-SC) can't work for any government-related jobs until 12 months after he leaves his job as a lobbyist. When President Donald Trump hired Gowdy on the recommendation of his chief of staff, it was revealed that Gowdy spoke out against former President Barack Obama's administration, saying that no administration is allowed to defy subpoenas for investigations, which is exactly what Trump is doing.

It's for that reason that Politico wondered if Gowdy is even still working for Trump's impeachment team.

Gowdy appeared on CBS's "Face the Nation" Sunday morning, where he was asked if he's still on the president's team.

"I have no idea," he confessed. "I don't represent the president as of today. I don't know what if anything will exist in January. It may be over."

Trump reportedly wasn't interested in having Gowdy, but Mick Mulvaney convinced Trump that there was no one more experienced in Congressional investigations. Indeed, Gowdy worked with Republicans to hold six of the ten investigations into the Benghazi attacks that took place in the House between 2012 and 2016.

Gowdy recommended Trump get someone in to help before he can join the team in January.

Trump needs people who "can represent him now before the House, the Senate and indirectly through television shows and print medial," said Gowdy."I don't even know if I'm going to be alive in January. If Dallas doesn't start playing better, I won't be alive in January. So, I don't know who I'll be representing."

Gowdy also said in the interview that he agreed with the way Democrats and Republicans have conducted depositions in secret before the hearings begin. Republicans have argued that their party isn't involved, but Republican members of the House are in attendance and able to ask questions.