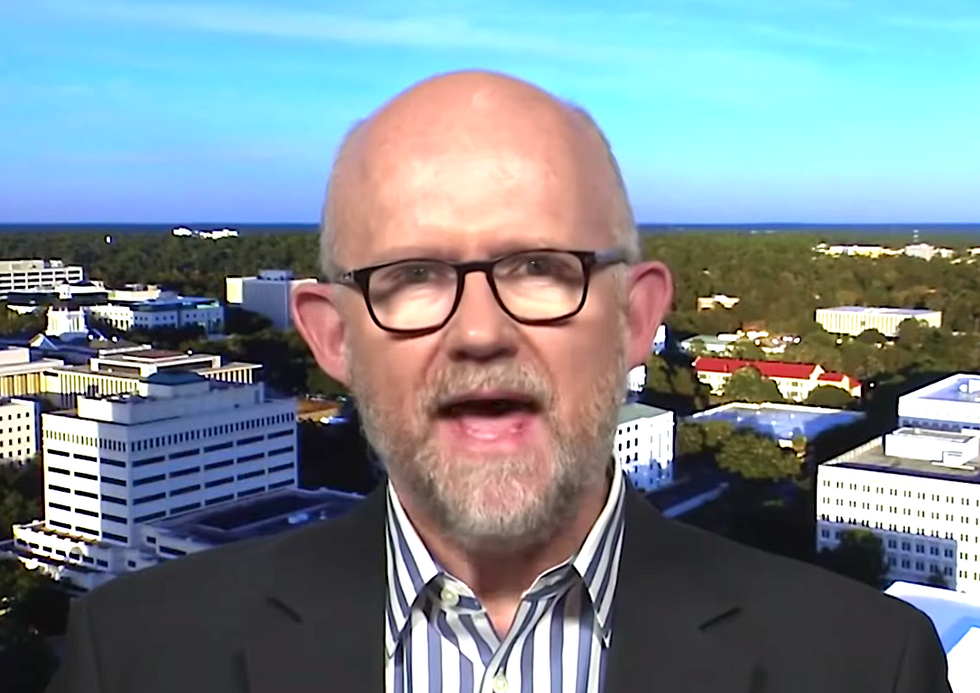 In an op-ed for the Daily Beast this Friday, GOP political strategist Rick Wilson tore into Republicans who spent the last three years enabling President Trump, only to now realize his "lifelong addiction to having his palm and ego (and Lord knows what else) greased would lead him to betray anyone and everything."

According to Wilson, the "Trumpist True Believers" were already a lost cause; it's the mainstream conservatives held captive by the "constant terror of Trump’s tweeted wrath" who lack the "necessary moral fortitude" to put a stop to a man who now possibly triggered another war in the Middle East.

"[The] people who learned the hard lesson of Trump’s utter shitiness this week were the alleged grown-ups, the supposed smart-guy opportunists in the U.S. Senate," Wilson writes. "Shocked, shocked Lindsey Graham is swooning on his fainting couch as Turkish forces begin a bloody incursion into Kurdish-held areas in northern Syria with Trump’s full endorsement and permission. Graham—who’s talking feebly about a “red line” in the Senate—is smart enough to know what’s coming but too weak to actually strike a blow at the man who enabled Erdogan to begin the slaughter for which he plainly hungers."

Wilson cites the few Republicans who've spoken out against Trump's decision to withdraw a contingent of US troops from northeast Syria, but he doesn't give them much credit.

"You’ll notice their sin is of omission: They rarely call out Trump by name. And if they won’t issue a tweet naming Trump and his mistakes, don’t expect them to stand in front of the camera and say the words that anyone who takes their oath of office seriously must say: 'President Trump is wrong. This decision hurts America.'"

Wilson doesn't expect this to change anytime soon, because according to him, "Trump broke something in the Senate Republicans, something deep and fundamental."

"He numbed not only their prior commitment to conservative principles but even their very instinct for survival."