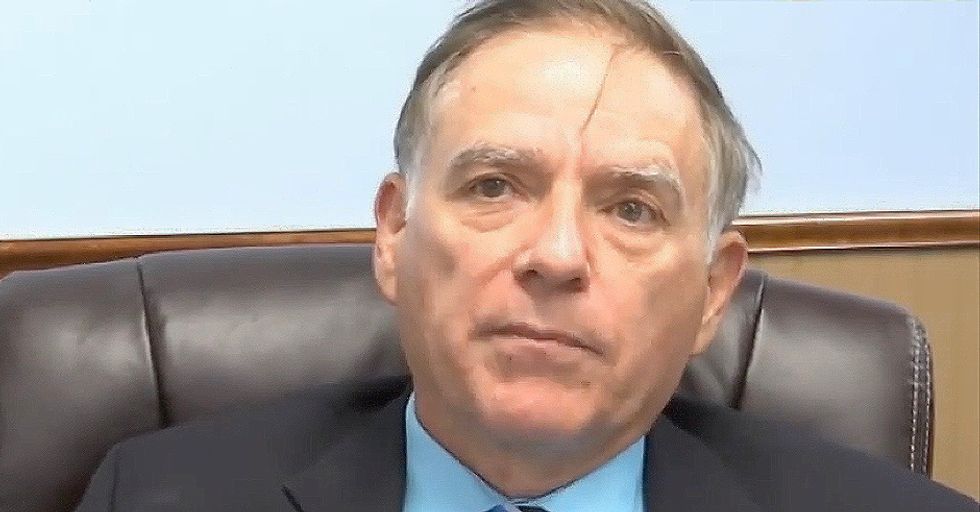 The Republican mayor of Barnegat, New Jersey is once again attacking a new state law that requires schools to include in their curriculums the contributions made by LGBTQ people. Alfonso Cirulli gained condemnation nationwide after delivering a lengthy, bigoted rant in August during a township committee meeting. And now he’s back for another round.

Mayor Cirulli, who worked for years as a teacher and an administrator, is still allowed in schools, and is still teaching, according to a just-published article by NJ.com.

“I’m not a bigot, I love people,” Cirulli said in his recent interview.

That claim is false, given he called the LGBTQ community “an affront to almighty God” during that highly-publicized summer meeting.

“Sexual preference is a mindset,” Cirulli also claimed. “Don’t confuse this with racial or ethnic discrimination. There is no comparison.”

In his latest interview Cirulli falsely claims teaching students about the contributions made by members of the LGBTQ community “is going to hurt people,” and “is going to cause more problems than they say it’s going to help.”

There’s no video of Cirulli’s remarks this time, but during his unhinged August rant he said the “LGBTQ movement is out to crush anybody or any faith that doesn’t embrace their chosen lifestyle,” which is also false.

“For people of faith, make no mistake that this political movement is an affront to almighty God,” Cirulli said,  “with the intent of completely trying to completely eradicate God’s law and the foundation that this nation was built on.”

NJ.com reports Cirulli is “a former assistant principal at Pinelands Regional High School who still teaches woodshop and other classes in the district.”

It’s unclear why, given his very public remarks that may have impacted the very students he teaches, he is still allowed to do so.