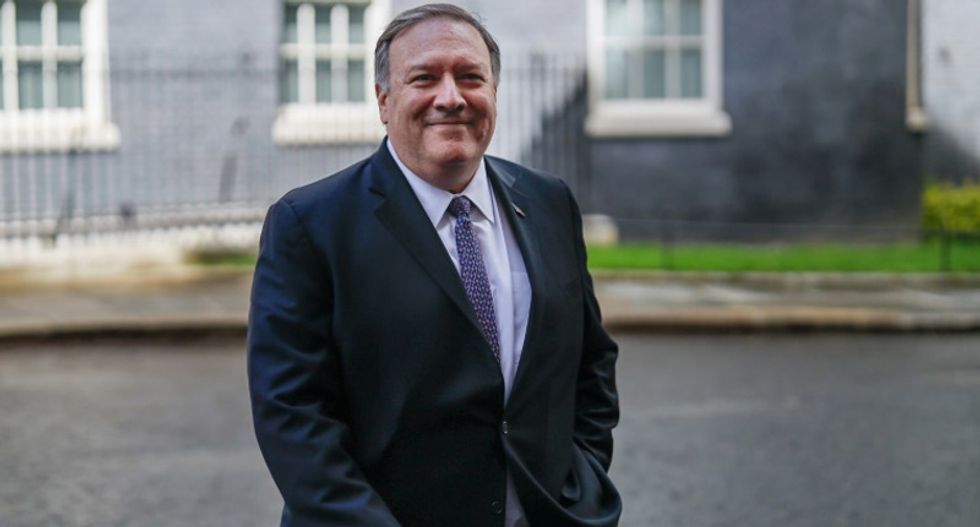 A source tried to put distance between Secretary of State Mike Pompeo and Rudy Giuliani.

The secretary of state never promised Giuliani, who says he's working without pay as President Donald Trump's personal attorney, that he would investigate anything related to Ukraine, a source with knowledge of the discussions told Axios.

That includes the contents of an envelope delivered to Congress this week by the State Department's inspector general, the source said.

According to the source, the only Ukraine project Pompeo oversaw was ex-envoy Kurt Volker's work against corruption and Russian aggression in the former Soviet republic.

Pompeo has not ruled out a Senate run for the Kansas seat long held by the retiring Sen. Pat Roberts (R-KS).