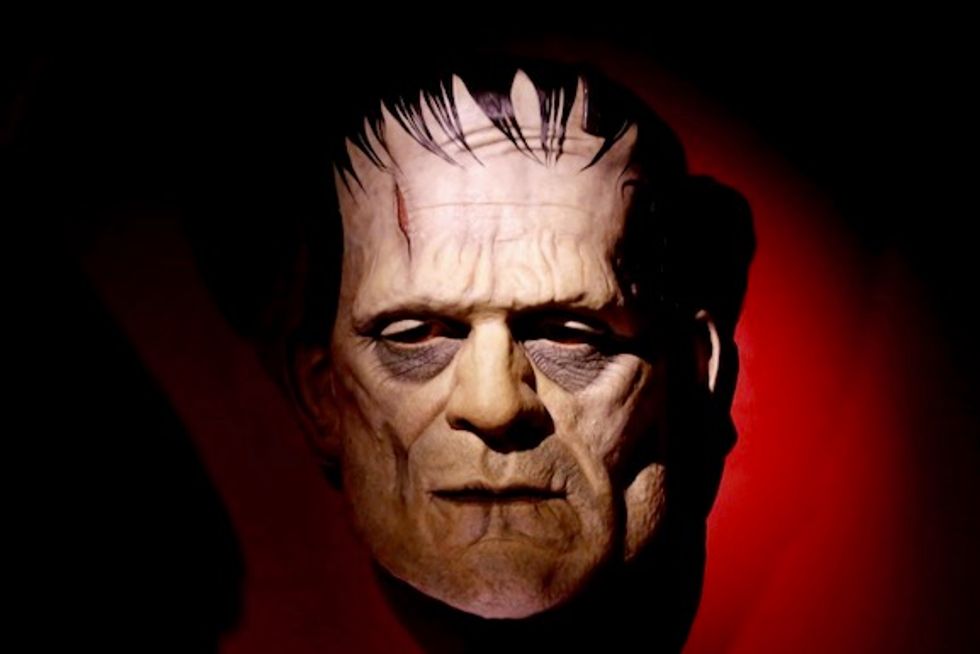 What is the spookiest thing about "Frankenstein," "The Mummy" and "Dracula"? The hideous monster? The ancient curse? The sharp fangs?

Or the fact that these classic horror films were all rooted in real-life scientific experiments and discoveries?

That is the premise of a new exhibition at Los Angeles' Natural History Museum, showcasing movie props from Hollywood's golden age of horror alongside scientific artefacts that inspired them.

Visitors can pull a lever to recreate Luigi Galvani's 18th-century electrical experiment on twitching frog legs -- which inspired Mary Shelley's "Frankenstein" -- while examining the metal shackles used to bind The Monster on-screen in 1931.

"The early electrical work that was done to see if you can re-energize animals and bring them to life was the beginning of 'Frankenstein'," said museum director Lori Bettison-Varga, who moved frog specimens from the institute's herpetology collection to the new exhibition.

"These films are essentially inspired by the natural and physical world, and the imagination that people had to create stories based on real things," she added.

The exhibition explains how 19th-century diseases such as cholera inspired the Dracula from Bram Stoker's vampire novel we know today.

It also features a silicon copy of the monster suit worn in 1954's "Creature from the Black Lagoon."

According to curators, the monster was inspired by the discovery of a living coelacanth -- an ancient fish once thought to be extinct, which scientists then believed was the common ancestor of all land animals.

"We have a real one on display in a tank out on the hallway on this floor," said Bettison-Varga.

Created as the Museum of History, Science and Art in 1913, the institution's early collection of motion picture props was boosted in the 1930s by a large donation from Universal Pictures -- including a pitchfork from "Bride of Frankenstein."

"Because we began so early, and before it was considered a real industry worthy of collecting, we were the first through the door," said curator Beth Werling.

While science's astounding progress since the 1930s makes the discoveries that inspired these horror movies seem quaint -- or obsolete -- today, the same canon of legendary characters continue to resonate with modern audiences.

"Something that I really love about the monsters is that they're continually reinterpreted over and over again," said NBCUniversal archivist Jeff Pirtle.

"Universal has so many sequels to Frankenstein. The Son of Frankenstein. Abbott and Costello Meet Frankenstein! Every time they're reimagined you still see this common theme."