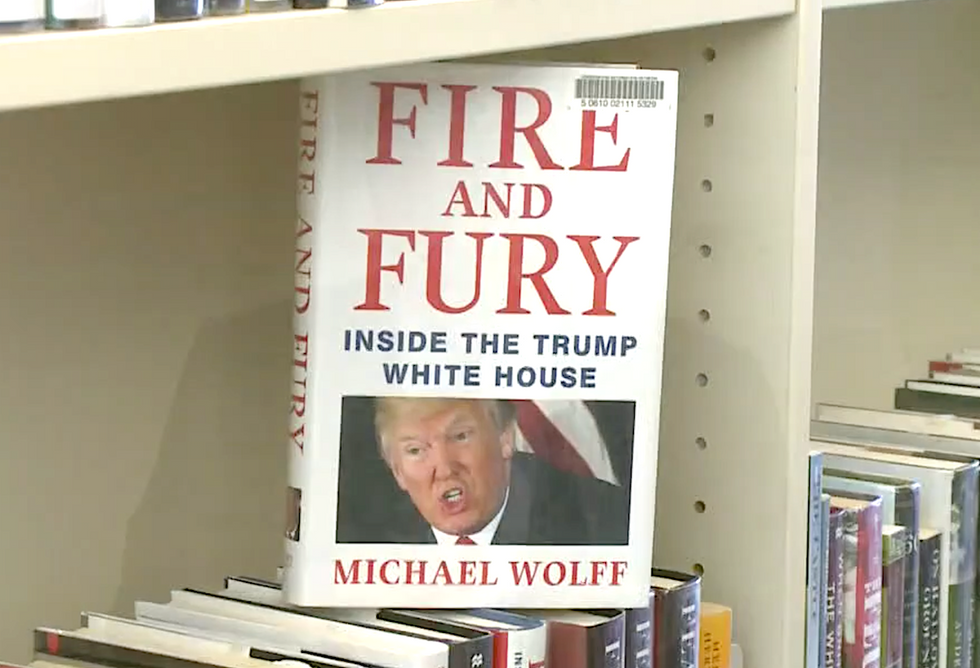 At the Coeur d'Alene Library in Idaho, the staff is trying to figure out who is taking books and hiding them in different parts of the library. As WTHR13 points out, the targeted books all have the same theme -- they're critical of President Trump.

Library Director Bette Ammon says her staff has spent valuable time trying to track down the books and return them to their rightful places.

“We’ve found [the books] at the end of the fiction section, hidden behind the ‘W’s’ in a real secret place,” Ammon said, adding that one of the books was found stashed below a dictionary shelf. Some of the books that were targeted were "Commander in Cheat: How Golf Explains Trump," by Rick Reilly. Also nabbed and hidden was Michael Wolff's "Fire and Fury: Inside the Trump White House."

The anonymous culprit even left a message on library's public comment bulletin board explaining his or her motives.

"I noticed a large volume of books attacking our president," the message read. "I am going to continue hiding these books in the most obscure places I can find to keep this propaganda out of the hands of young minds. Your liberal angst gives me great pleasure."

Ammon says that the culprit's efforts are futile.

“These books keep disappearing and we keep buying new copies because people keep wanting them. And then we find the find the hidden copies," she said. "So it’s not really working well for the person who wants to keep other folks from reading.”

She added that she and her staff would have the same reaction if the books being targeted were of the opposite viewpoint.

"Anybody who takes away the opportunity to read from someone else, whether they steal a book, check it out and don’t return it, or hide it. They’re destroying somebody else’s right to read."