Nuclear industry's $23 billion bailout request shows why it should have 'no role to play' in Solving climate crisis: Study 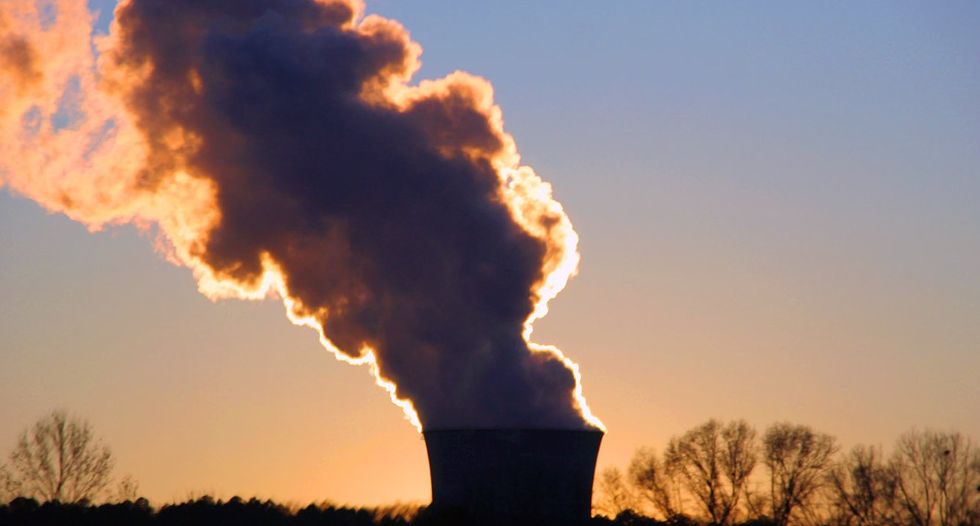 A proposed bailout of the U.S. nuclear power industry that could cost taxpayers $23 billion over the next 10 years is a perfect example of why the climate crisis needs solutions that focus on renewable resources, green advocacy group Friends of the Earth said Thursday.

"The dying nuclear industry wants a massive bailout at the expense of taxpayers and the climate," the group's senior policy analyst Lukas Ross said in a statement.

Friends of the Earth commissioned a study (pdf) on the Nuclear Powers America Act of 2019, a nuclear industry-backed bill making its way through Congress that would continue subsidies for the industry for decades. Vermont Law School fellow Mark Cooper, who authored the study, wrote that the consequences of continuing tax credits for the industry would have the effect of making other potential technologies unviable for reducing emissions.

"Subsidizing nuclear keeps reactors on-line and crowds out the alternatives," said Cooper. "It slows the transition to an electrical grid based on low-carbon distributed resources."

While renewables are a major part of the push from climate activists and advocates to solve the climate crisis, using nuclear power to reduce emissions has been floated as a potential piece of the Green New Deal. The technology was notably left out of the legislation by Rep. Alexandria Ocasio-Cortez (D-N.Y.) and Sen. Ed Markey (D-Mass.), a decision that Popular Mechanics writer Avery Thompson hailed in February as a "great idea."

"Reactors are gigantic beasts, and sustaining a nuclear reaction while drawing power from it requires an absurd level of engineering," wrote Thompson. "Reactors are expensive, bulky, and complicated, to say nothing of the waste products they produce or the fear of a catastrophe like Chernobyl or Fukushima."

The proposed nuclear industry bailout, warns Cooper in the new report, is an attempt to reverse economic trends that have never been favorable to nuclear power standing by itself. The industry, Cooper said, hasn't earned the right to be considered as a realistic solution to the climate crisis or U.S. energy needs.

"Nuclear has failed for over 50 years to control its costs, even with help from massive subsidies, and alternatives are available to reduce greenhouse gas emissions at a much lower cost," wrote Cooper.

Time is of the essence, said Friends of the Earth's Ross.

"With just a decade left to prevent the worst of the climate crisis, we shouldn't dump more money into ancient nuclear reactors at the expense of cleaner and much cheaper renewables," he said.