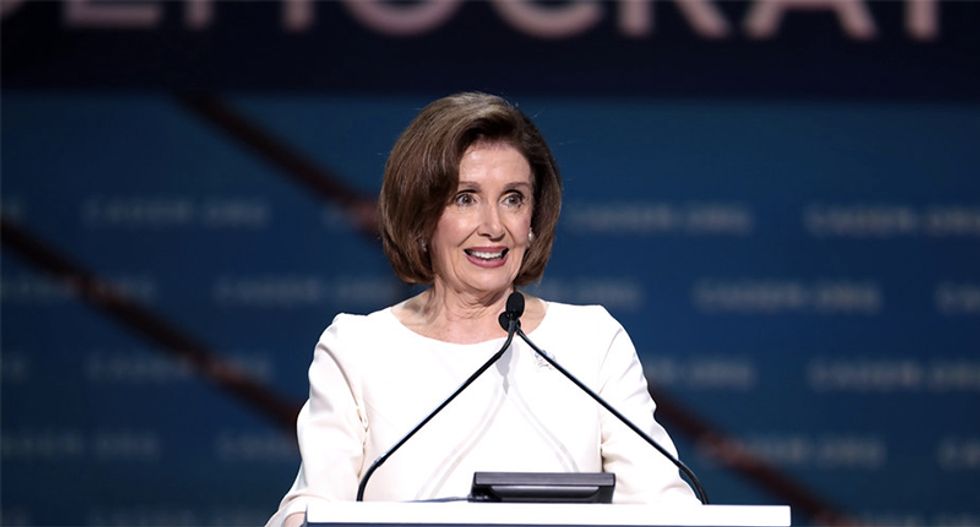 On Wednesday evening, Rep. Max Rose (D-NY) came out in favor of the impeachment inquiry against President Donald Trump. "I will not shirk my duty and I will not violate my oath," said Rose, a decorated war veteran who represents Staten Island. "I will support and defend the Constitution of the United States of America, which is why I intend to support this impeachment inquiry and follow the facts wherever they lead us."

This is a significant development, as Rose — who represents a district that voted for Trump by 10 points — was one of the fiercest holdouts against the impeachment inquiry for weeks. Last month, he wrote an article passionately explaining why he wasn't behind the effort. But the developing facts in the Ukraine whistleblower scandal have finally convinced him to get on board.

With Rose's announcement, there are now just 10 Democrats, out of a caucus of 235, who do not support the impeachment inquiry (Reps. Justin Amash (I-MI) and Mark Amodei (R-NV) also both support the investigation).

So why do these representatives have qualms about the investigation?

The simple answer is that nearly all of them, like Rose himself, represent districts that heavily backed Trump. With the exception of Peterson and Kind, they are also all freshmen who are presumably attached more marginally to their seats than would representatives who have been around for years and established a rapport with their constituents.

Many of these representatives, incidentally, have not categorically stated that they are opposed to an impeachment inquiry — just that they want further intermediate stages of investigation beforehand.

"We owe it to the American people to get this right and keep the partisan politics out of it," said Brindisi. "Members of both parties should put partisanship aside and come together to gather all the facts," said McAdams. "We need all of the facts. This should be a detailed and responsible investigation and not one conducted in a media circus," said Horn.

Kind, meanwhile, warned the administration he still expects them to comply with oversight: "The administration must hand over the whistleblower report, as required by law, so Congress can investigate these claims as part of its constitutional duties."