Press secretary refuses to name which Republicans dislike Trump: It would take 'way too much' time 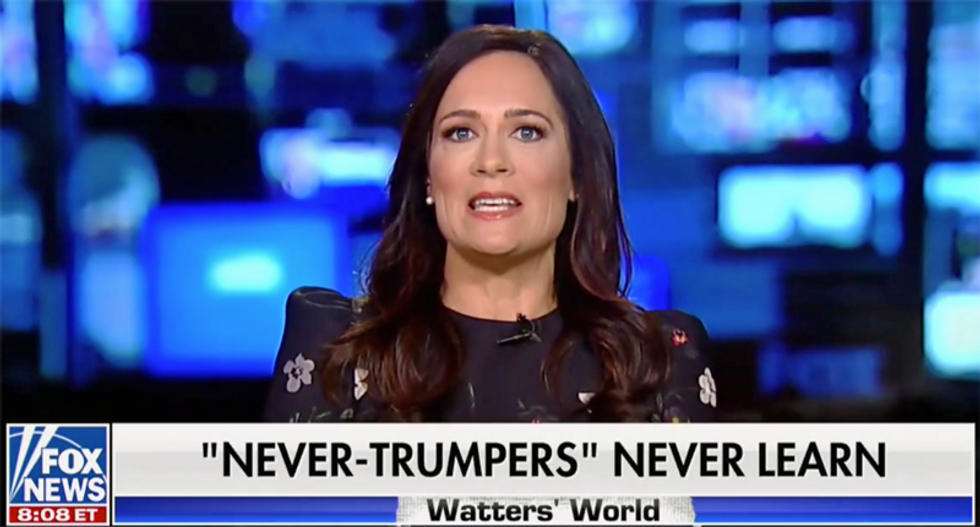 The White House press secretary went on Fox News on Saturday to bash members of the Republican Party as "scum" -- but refused to name names.

The host asked about a tweet sent by Trump on Wednesday.

"The Never Trumper Republicans, though on respirators with not many left, are in certain ways worse and more dangerous for our Country than the Do Nothing Democrats. Watch out for them, they are human scum!" Trump tweeted.

The Never Trumper Republicans, though on respirators with not many left, are in certain ways worse and more dangero… https://t.co/xYkUiEWRuN
— Donald J. Trump (@Donald J. Trump) 1571852920.0

"Who was he specifically referring to, in terms of Never Trumpers?" Watters asked. "They are all over the place answer they are actually inside the administration."

She then made the claim that whistleblowers are working against the American people.

"I think I would take up way too much of our time to name those people and I will let the president do that if he so chooses. But his point there, I think which was well-taken and well-deserved, was there are people of inside of his government actively working against him, which means they are actively working against the American people," Grisham argued.

The interview occurred only hours after Grisham was labeled a sycophant after declaring Trump to be a genius.