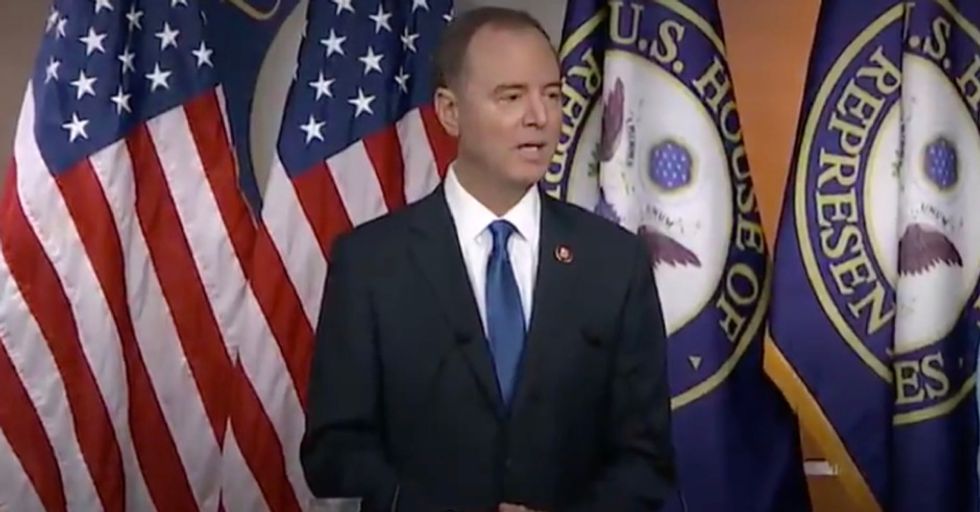 House Intelligence Chairman Adam Schiff (D-CA) says President Donald Trump’s tweets attacking an intelligence official who filed a damning whistleblower report are an “incitement to violence.” He also threatened that further obstruction by the administration will be added to the impeachment inquiry.

“Let’s not make any mistake here,” said Schiff, standing with House Speaker Nancy Pelosi. “The president wants to make this all about the whistleblower. This is a blatant effort to intimidate witnesses. It’s an incitement of violence.”

“No attack on the whistleblower or anybody else is going to change the underlying facts,” Schiff also said. “We’re not fooling around now.”

“We want to make it abundantly clear that any effort by the secretary [of state], by the president or anyone else to interfere with the Congress’ ability to call before it relevant witnesses will be considered as evidence of obstruction of the lawful functions of Congress,” Schiff said.