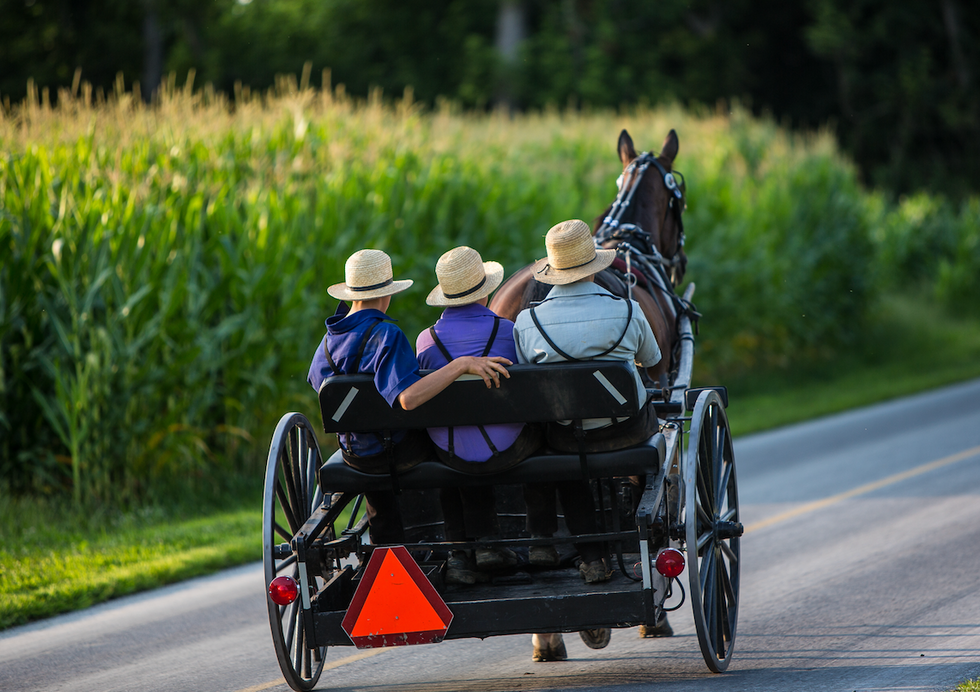 There are over 75,000 members of the Amish community in Pennsylvania, but very few of them vote. According to The Washington Post, Republicans are on mission to turn them into Trump voters.

That mission first began in 2016, when two GOP operatives created "Amish PAC" in an effort to help Trump win the coveted state. The Amish are likeminded with conservatives when it comes to issues like abortion and same-sex marriage, but as the Washington Post's Julie Zauzmer points out, turning Amish concerns into votes for Trump is not an easy task, given their shunning of technology and continued self-imposed isolation from Western society. But according to Amish PAC co-founder Ben Walters, that's changing.

“Their votes would be so important, and there’s a lot of them,” he said. “Since 2016, every single year, it gets a little bit easier. We’re seeing more and more signs of progress. I think behaviors are finally changing.”

The first Republicans to make a push into Pennsylvania's Amish community were George H.W. Bush, and his son, George W., whose talk of Christian values resonated with the Amish who listened. Now, Amish PAC is hoping Trump will have the same effect.

The PAC, which spent nearly $140,000 in 2016 and has raised $32,000 so far for 2020, according to campaign finance records, mostly focuses on advertising in heavily Amish areas of Pennsylvania and Ohio. In 2016, their “VOTE TRUMP” billboards showed a picture of an Amish buggy with the words, “Hard Working, Pro-Life, Family Dedicated . . . Just Like YOU.”

The group is already paying for newspaper advertisements to encourage prospective 2020 voters to register now, and will put the billboards back up in 2020.

Walters says that he's confident that the Amish who do vote, will vote for Trump.

“They can relate to a businessman who runs a family business with his kids. I think they appreciate the fact that he abstains from alcohol and drugs,” he said. “The Amish care about religious liberty, business regulation, abortion and judges. Those are four things that the Amish overwhelmingly support President Trump over whoever the Democratic candidate is. We talk a lot more about issues than we do about candidates."

It also helps that when Amish people do register to vote, 90 percent of the time they register as Republicans.

But Steven Nolt, who is an expert on Amish culture, says Amish PAC has their work cut out for them.

“For a group like the Amish PAC, the key is — to what extent could a group like Amish PAC take that civic identity that’s here, and leverage that into registering to vote and actually voting?” he said. “There’s not a prohibition, [but] there would be a fairly strong, strong religious and cultural bias against [voting.]”