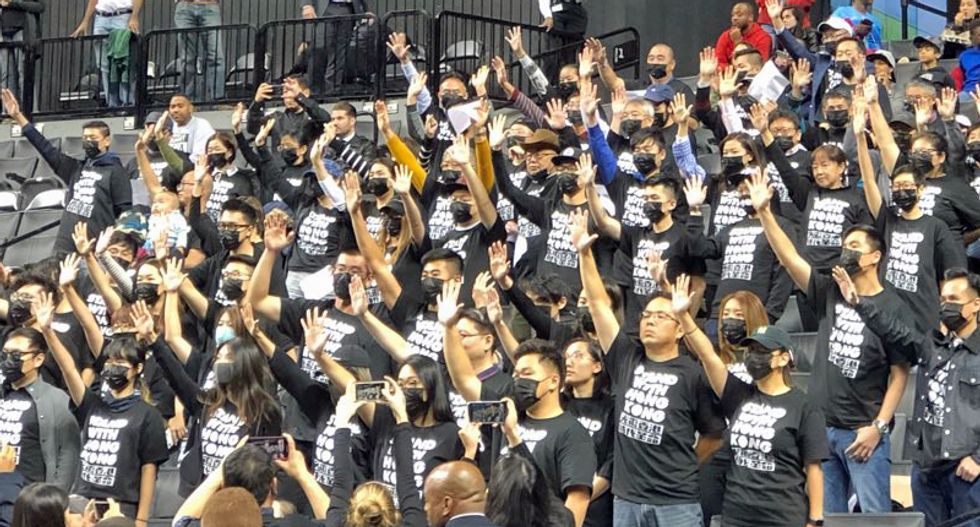 The National Basketball Association was protested on Friday for bowing to pressure from China.

The NBA has been harshly criticized for standing by the oppressive regime instead of standing in solidarity with the pro-democracy protesters in Hong Kong.

Photos from the protest:

The Nets vs. Raptors game is packed to the brim with pro-Hong Kong democracy activists who are protesting the NBA w… https://t.co/xheE2tgBIx
— Ian Miles Cheong (@Ian Miles Cheong)1571444841.0