Students: We were attacked with anti-LGBT slurs, told to ‘go back’ to our country and kicked out of party for being gay 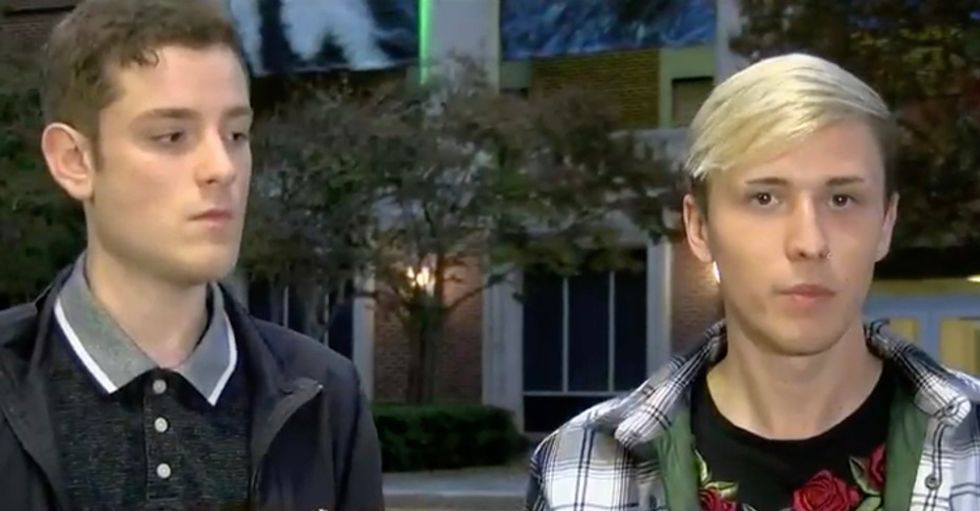 Two students studying at the University of Memphis in Tennessee say they were threatened with physical violence, taunted with homophobic slurs, told to go back to their home country, and ultimately kicked out of a party for being gay.

“We were just wanting to have a night out for fun,” Benjamin Buckley told WMC.

“He’s like, we’re being kicked out because we’re gay. I wasn’t sure if I should believe him, like is this some sort of joke,” Luke Chapman added.

The two men from England, studying in the U.S., attended an off-campus frat party where they say they were verbally attacked.

WMC reports the two young men “say several male students forcibly kicked them out of the house, pushing them into the rain because they are gay.”

“When he chucked us out it was something along the lines of, ‘you don’t belong here f*****,’” Chapman says.

The University of Memphis is investigating the incident.

The students say they want those responsible held accountable, but also want to open a conversation about homophobia on campus.