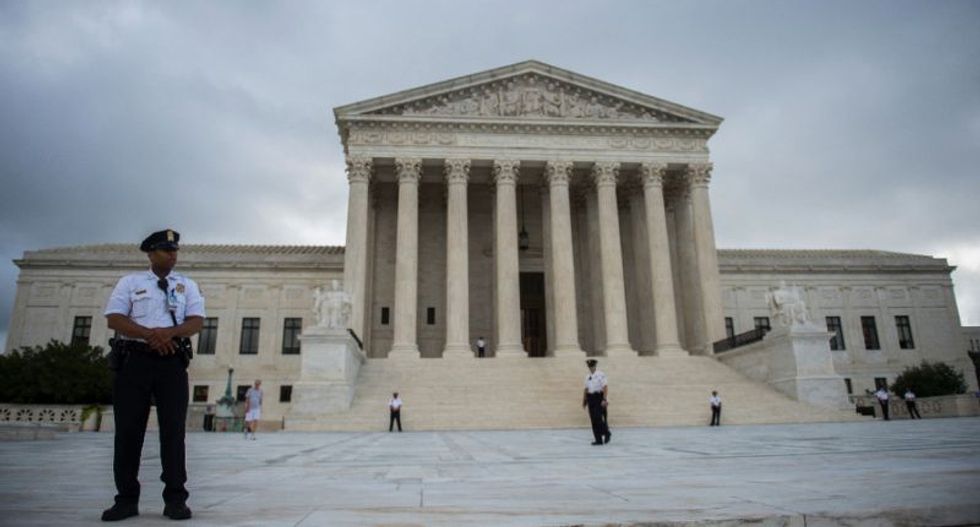 The US Supreme Court will examine the case of an African-American man tried six separate times for the same crime, in a case driven by a white prosecutor who has been accused of trying to keep black people off the jury (AFP Photo/ANDREW CABALLERO-REYNOLDS)

The U.S. Supreme Court has just handed the Michigan Republicans a win by tossing out a lower court ruling that would have forced a redrawing of congressional and state legislative voting maps. A lower court ruled the GOP had gerrymandered the voting maps so extensively they violated the U.S. Constitution.

But in June the U.S. Supreme Court decided it did not have authority to rule in gerrymander cases, leading to Monday’s decision, which was expected, Bloomberg Law reports.

The decision by the Roberts Supreme Court that it does not have authority to rule in gerrymander cases, in conjunction with the extreme level of gerrymandering by Republican-controlled states across the country, coupled with the attack on voting rights by Republican-controlled states, and the effective striking down a critical portion of the Voting Rights Act of 1965 – also by the Robert Supreme Court – is giving Republicans an unprecedented advantage over the outcome of elections across the country.