Trump can’t fire Mulvaney because nobody else wants to be his chief of staff: report 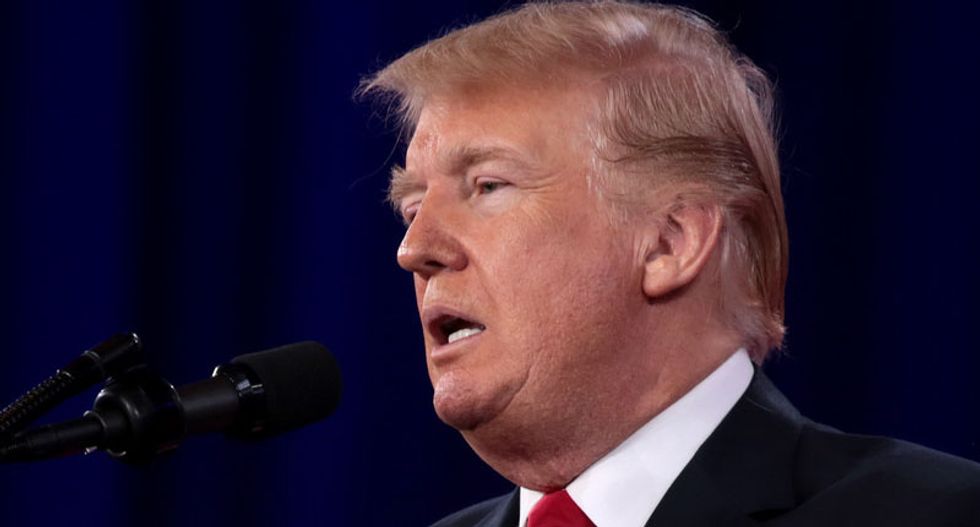 White House Chief of Staff Mick Mulvaney will likely stay on at the White House despite his public confession of a quid pro quo in the Ukraine scandal at the center of the impeachment inquiry, The New York Times reported Friday.

"But Mr. Mulvaney’s job has been anything but normal since the news conference on Thursday at which he seemingly undermined the Trump administration’s strategy for avoiding impeachment by acknowledging that Mr. Trump had sought a quid pro quo for providing Ukraine with American aid," the newspaper reported. "In the chaotic aftermath, the president’s Republican allies are questioning Mr. Mulvaney’s savvy and intelligence even as the Trump campaign is defiantly turning one of his lines from the news conference into a T-shirt."

Even if Trump wanted to, there are two reasons he might not be able to use his "you're fired" catch-phrase from his reality TV show career.

The first is that nobody else is interested in the job.

"His relationship with the president runs hot and cold, depending on the day, though never quite cold enough for Mr. Trump to fire him.That is in part because it’s unclear who might be willing to take a job that Mr. Trump struggled to fill when it last came open," The Times reported.

The other reason is that Mulvaney would know where any bodies were buried.

"The underlying tether that Mr. Trump is using to keep Mr. Mulvaney close, some advisers and former aides say, is a recognition that his scorched-earth farewells to other senior officials have left a number of them willing to tell secrets about what they saw while they served him," The Times noted.