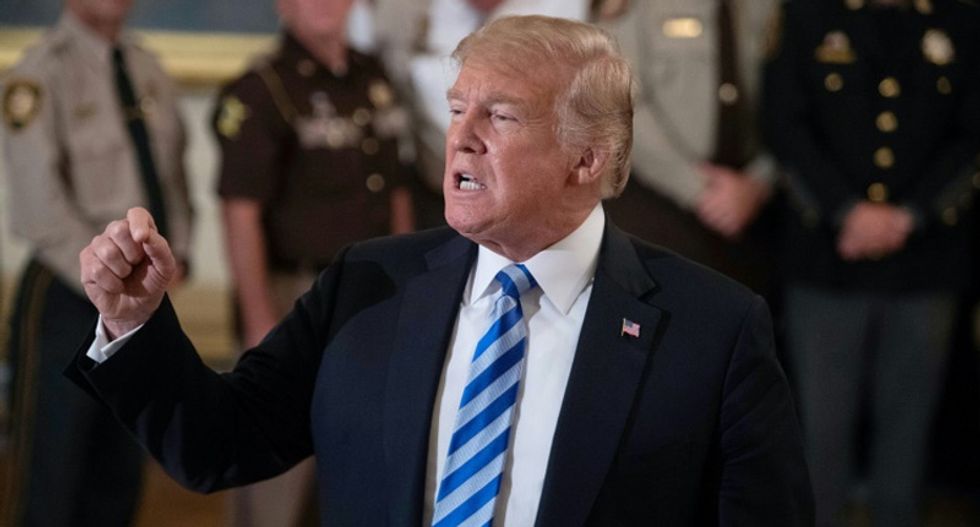 According to a report from Politico, Donald Trump and Secretary of State Mike Pompeo are facing a massive revolt by longtime staffers at the State Department for continuing to trash U.S. diplomats and members in the foreign service community who refuse to protect the president over his Ukraine misdeeds.

Politico notes, "They’ve been derided as a 'Deep State,' slurred as 'Obama holdovers,' threatened with draconian budget cuts and told that President Donald Trump doesn’t even need them. Now, America’s diplomats are taking their revenge."

Describing diplomats and State Department officials who have already spoken with House investigators, Politico reveals that resentment toward the president runs deeper than just anger over his Ukraine troubles.

"Overall, the diplomats’ testimony has bolstered allegations that Trump tried to improperly pressure Ukraine to investigate former Vice President Joe Biden, a political rival," the report states. "But some also used the platform to air long-held grievances over Trump and his aides’ treatment of the State Department’s career staffers, several of whom were demoted or sidelined following attacks by the conservative media."

According to Laura Kennedy, a former U.S. ambassador who still keeps in touch with former associates at State, "People are fed up, there’s a deep well of resentment that’s just bubbled toward the top.”

According to another source, some lower-level employees are worried their reputations may be sullied by the turmoil going on in Pompeo's department.

In fact, Pompeo has infuriated the career diplomats with how he is running the department as well as his criticism of well-respected employees.

"State Department employees say they’re furious that he hasn’t publicly supported [former Ukraine Ambassador Marie] Yovanovitch, who testified that the deputy secretary of state, John Sullivan, admitted to her that she’d 'done nothing wrong' but was being recalled anyway," Politico reports. "Pompeo took over the department in April 2018, after morale had sunk unusually low under Trump’s first secretary of state, Rex Tillerson. Tillerson had largely sidelined career diplomats and seemed willing to go along with steep budget cuts Trump proposed for the State Department – cuts Congress has repeatedly blocked."

According to a U.S. diplomat stationed overseas, "People are generally disappointed that Pompeo seems to have abdicated principled leadership in favor of political games."

"But for now, as the impeachment inquiry leads their colleagues to Capitol Hill, State Department staffers feel like they matter, too. 'They are sad, tired and scared,' one former State Department official said, 'though glad to see colleagues stand up and fulfill their oaths.'" Politico summed up.