‘Trump is flailing’: Pelosi and Schumer demand ‘sane leadership’ from the White House 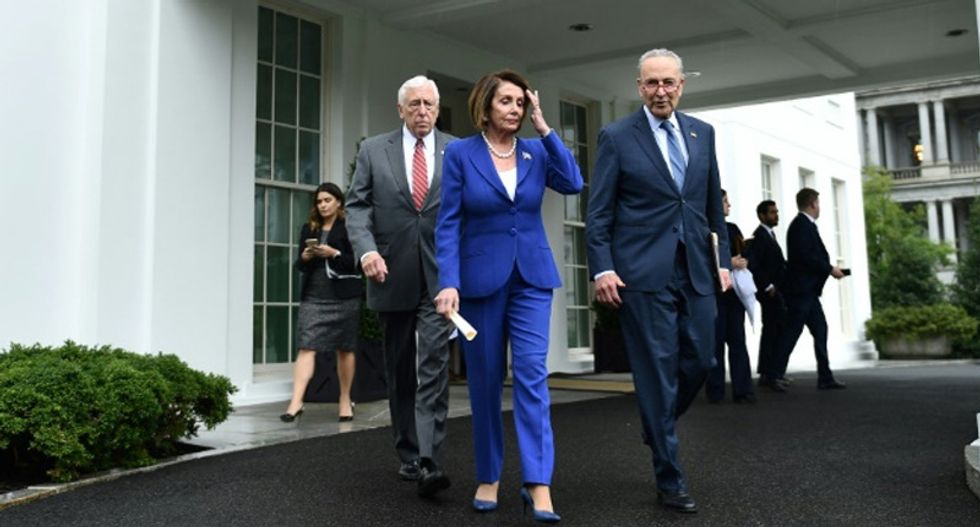 "Erdogan has given up nothing, and President Trump has given him everything," the joint statement from the Democrats reads. "The Turks have stated that ‘this is not a ceasefire,’ and made clear that they ‘will pause the operation for 120 hours in order for the terrorists to leave.'"

The statement went on to bash the president for panicking after he started the conflict with Turkey on a Sunday afternoon.

“President Trump is flailing," the statement continued. "The President’s decision to reverse sanctions against Turkey for brutally attacking our Kurdish partners in exchange for a sham ceasefire seriously undermines the credibility of America’s foreign policy and sends a dangerous message."

You can read the statement in the tweets below:

Pelosi/Schumer: Erdogan has given up nothing, and President Trump has given him everything. The Turks have stated t… https://t.co/mCsSHA4qdp
— Chad Pergram (@Chad Pergram)1571348691.0