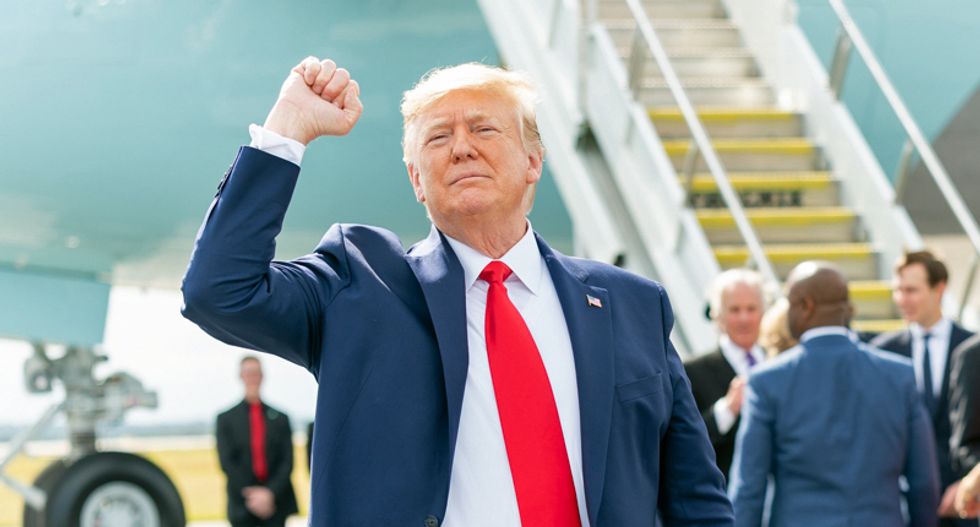 On Thursday, the Washington Post reported that President Donald Trump's administration is discussing a new package of tax cuts, with ranking Ways and Means Committee member Kevin Brady (R-TX) saying that he is in talks with the White House and it is a top priority of the president.

Part of the goal behind the tax cut — which would likely involve making the individual provisions of the original round of GOP tax cuts from 2017 permanent — would be to politically embarrass House Democrats, who are certain to reject such a proposal. But another reason is that the economy is slowing — GDP growth was below 2 percent last quarter and business investment is down dramatically — and the White House hopes a fresh round of tax cuts would stave off a politically disastrous recession.

The trouble for Republicans is that the original tax cut didn't work in the first place. That bill, which slashed corporate rates and eliminated many individual exemptions while reducing overall brackets, was meant to spur a wave of business activity, but it failed to produce lasting positive economic effects of any sort. It didn't even help them politically, as the bill was unpopular from the start and numerous House Republicans running on the tax cuts were wiped out in 2018.

It is unlikely that anything will come of this unless Trump wins a second term and Republicans reclaim the House. But its prominent position on Trump's agenda signifies his ambitions — and his fears.