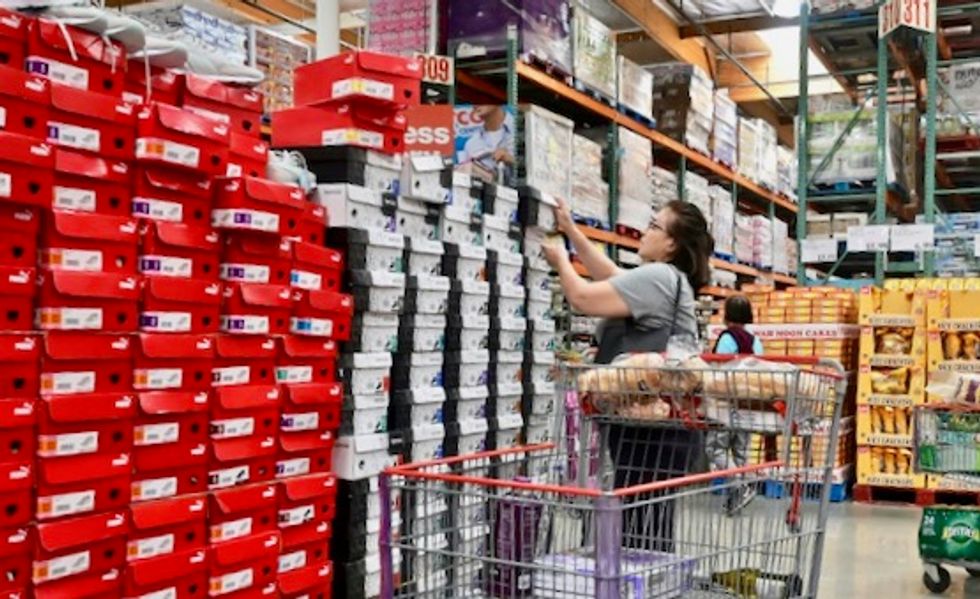 Economists expect the US economy to slow, with growth falling below 2 percent for the first time since 2016 AFP/File / Frederic J. BROWN

Economists have become more concerned about US growth prospects, citing trade friction as the major worry, but recession risks have receded slightly, according to a survey released Monday.

Nearly half of the panel surveyed by the National Association for Business Economics expect a recession before the end of next year, down from 60 percent in the prior survey.

The panel expects the world's largest economy to slow, with growth falling below 2 percent for the first time since 2016, the survey showed.

Recent data have shown the US labor market remains strong, but manufacturing is in recession while the larger services sector is slowing, giving rise to fears about the health of the US economy, especially amid President Donald Trump's grinding trade war with China and increasing tensions with Europe.

The NABE panel "turned decidedly more pessimistic about the outlook over the summer, with 80 percent of participants viewing risks to the outlook as tilted to the downside," said Gregory Daco, the group's survey chair and chief US economist at Oxford Economics.

"The rise in protectionism, pervasive trade policy uncertainty, and slower global growth are considered key downside risks to US economic activity," he said in a statement on the findings in the quarterly survey.

Looking further out, 69 percent of the panel expects a recession by mid-2021.

The Federal Reserve has cut interest rates twice this year and many market analysts expect more stimulus to be announced later this month, but the NABE panel was less convinced.

Daco said over 40 percent anticipate at least one more rate cut this year, while three-quarters of respondents expect at least one rate cut by the end of 2020.

The median forecast by the panel is for growth of 2.3 percent this year, slowing to 1.8 percent next year after 85 percent of the panel cut their real GDP projections.