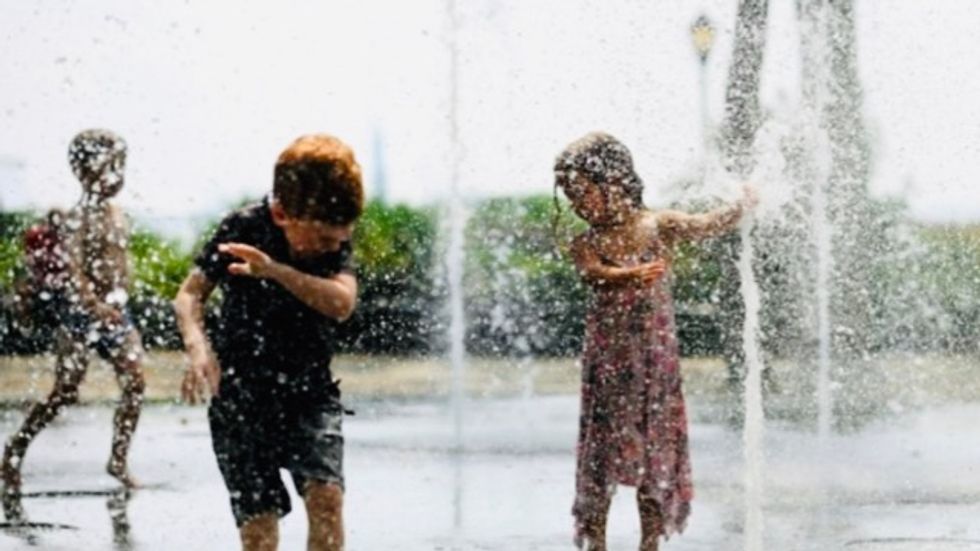 A freakish heat wave is making early autumn feel like the dog days of summer in much of the southern and eastern US, with forecasters predicting Wednesday that temperatures could get close to triple digits.

Washington was expected to hit 96 degrees Fahrenheit (36 Celsius) while October records were due to fall across the country, the National Weather Service said.

Temperatures in some places could be as many as 30 degrees higher than normal, the NWS said, while quarter of the country will reportedly experience temperatures above 90 degrees.

It's been so bad this week that some schools in Ohio and Maryland that have no air conditioning are sending children home early or closing altogether.

Records were set or tied Tuesday in more than a dozen cities including Cleveland, Ohio, New Orleans, Louisiana and Syracuse, New York, the Weather Channel reported.

Atlanta could break its all-time October record high of 95 degrees Wednesday or Thursday, it added.

Relief is expected late in the week as a cold front rushes in, sending temperatures way down. Some in the Northeast could even see the first frost or freeze of the season.

America has already experienced extreme weather at the other end of the scale this week, as the northern state of Montana was blanketed with record snowfall -- four feet (1.20 meters) in the town of Browning.

And at 8.00 am Wednesday in Billings, Montana's largest town, it was a lowly 34 degrees.