US unemployment falls to 50-year low of 3.5% in September 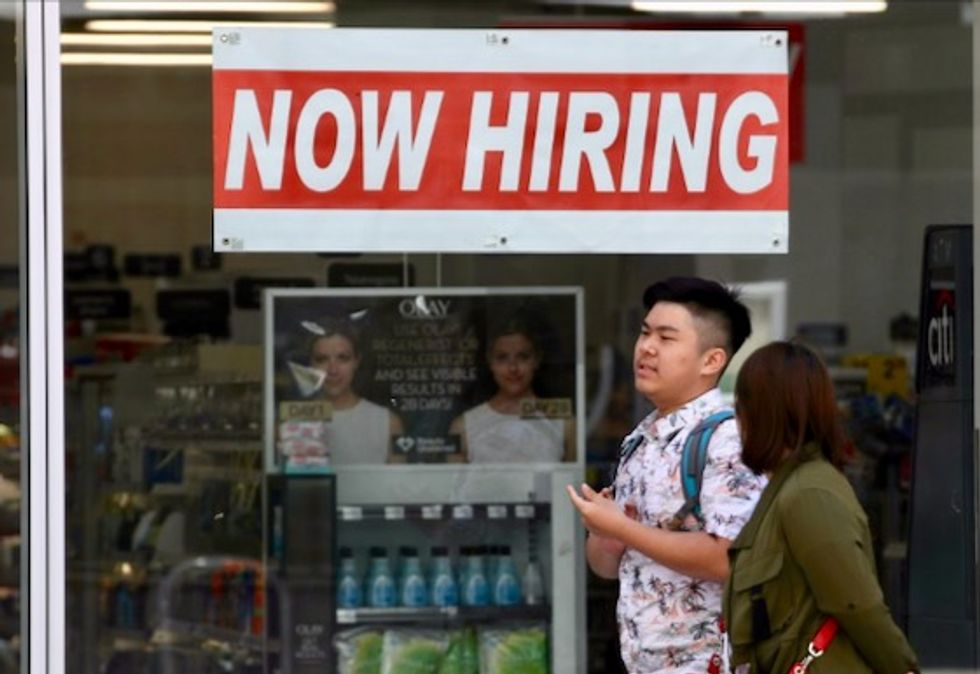 America's jobless rate tumbled in September to its lowest level in 50 years, which could help assuage fears of an economic slowdown, according to government data released Friday.

But while job creation continued, the pace was more subdued and wages were flat, showing a slowing trend.

Unemployment fell two tenths to 3.5 percent, matching the rate last recorded in December 1969, and well below what analysts had forecast.

Employers added a total of 136,000 net new positions, which was below expectations, with notable slowdowns in education, government, finance and business services.

President Donald Trump immediately cheered the news which comes as he faces an impeachment inquiry in Congress.

"Breaking News: Unemployment Rate, at 3.5%, drops to a 50 YEAR LOW. Wow America, lets impeach your President (even though he did nothing wrong!)," Trump tweeted.

The highly awaited jobs report also landed amid a raft of worrisome economic data showing Trump's trade wars have put a dent in the business environment.

Within the details of the jobs report there were more signs strength amid the dwindling supply of workers, but the data also made clear the US jobs engine was beginning to sputter.

Average hourly wages fell by a penny to $28.09, well below economists' expectations, putting an end to a year-long string of steady gains.

The mining sector added no workers after three straight months of layoffs. The auto sector shed workers for the fourth straight month in a row. Manufacturing was down for the second time in 2019.

Still some groups continue to benefit from the tight labor market: Unemployment among Hispanics fell to its lowest level since records began in 1973.

And for workers without a high school diploma, the jobless rate fell to the lowest since records began in 1992.

The broadest measure of unemployment, which takes into account those working part time but seeking full time jobs, and those marginally attached to the labor force, fell to the lowest level in nearly 19 years.

The latest data did not reflect the nationwide strike launched last month by General Motors employees, who walked off the job the week after the survey for the September jobs report was conducted.