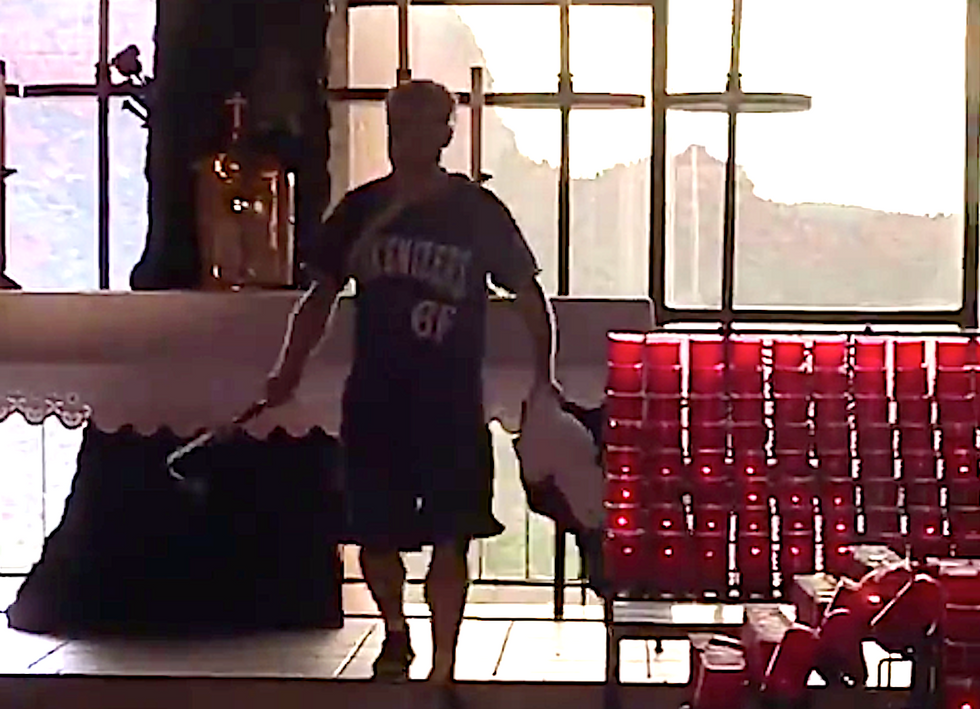 An Arizona man has been arrested and charged after he entered a Catholic church and smashed the altar and several sacred chalices with a crow bar, The Arizona Republic reports.

According to police, 41-year-old Timothy Larson is a proponent of the far-right "QAnon" conspiracy theory, which consists of a series of claims that detail a supposed clandestine "deep state" plot against the Trump administration.

The incident, which took place at the Chapel of the Holy Cross in Sedona, was captured on video and shows Larson swinging the crowbar and striking objects on the church altar before slipping and falling to the ground as another person briefly confronts him. He reportedly spray painted the word "evil" on the sidewalk outside afterwards.

Larson's Twitter account shows posts promoting the QAnon theories, as well as a confession that he planned to carry out an attack on a church at some point. A video he posted shows him swinging a crowbar at a substance-filled plastic bottle set atop a pile of books. When the bottle hits the ground, it explodes.

Betty McGinnis, who witnessed the incident, said that her first concern was that Larson had hurt somebody.

“It says peace to all who enter,” McGinnis said. “We lost that for a few minutes.”

Larson was charged with aggravated criminal damage, disorderly conduct, and a hate crime.