'Where are stenographer notes?': Questions percolate after Trump claims existence of 'word for word' transcript 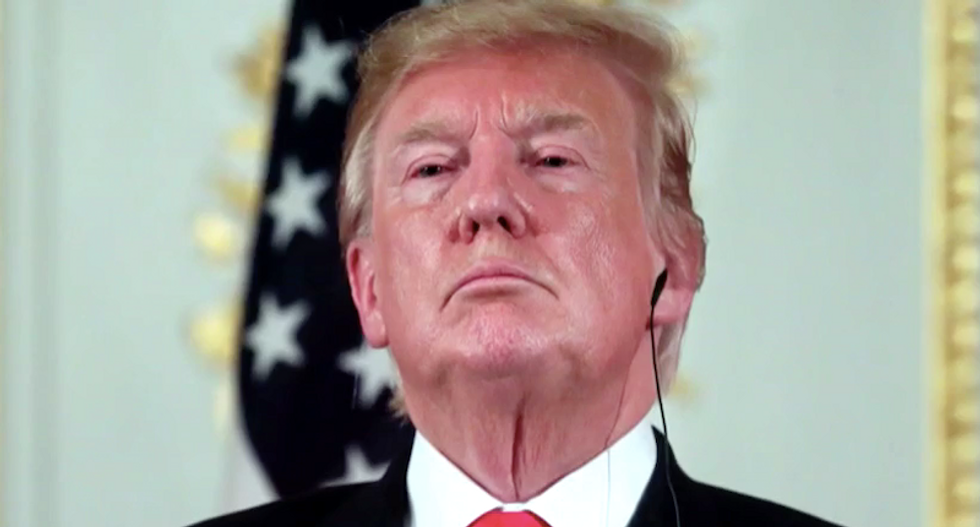 The White House previously said the document showing the conversation between Trump and Ukraine's president was a memo summarizing what was said on the call, but was not verbatim.

When the White House released on September 25 a readout of the conversation, it called the document a "memo," and many observers said it likely did not capture the full conversation. The whistleblower has also asserted that, in a break from the norm, the official transcript was put in a classified system.

Journalist Natasha Bertrand, on Twitter, said that if it was in fact a "transcript" the White House released, it is "unclear why the White House wouldn't characterize it as such."

Lawyer Neal Katya said the president's comments prompted questions including, "Where are the stenographer notes?"

A day before the "off the rails" press conference, Sen. Angus King (I-Maine) suggested parts of the conversation between Trump and Zelensky were not released.

"I had two staff members from my office the other day read it aloud. And we timed it," King told CNN's Anderson Cooper. "They read it in normal speaking pace. It took them 10 minutes and 40 seconds. The phone call was 30 minutes," he said, acknowledging that a translator may have accounted for some of the time.