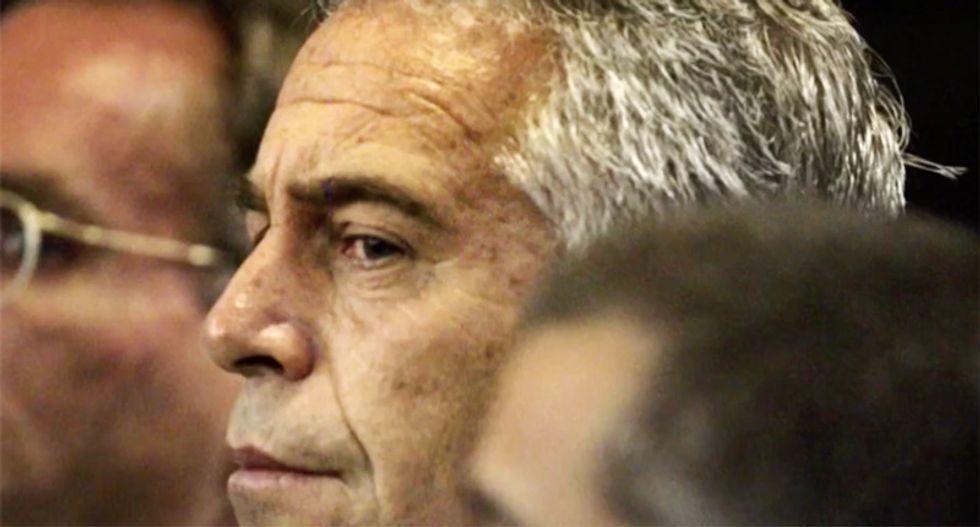 The director of the Federal Bureau of Prisons confirmed that the FBI was investigating whether Jeffrey Epstein's death was related to a criminal enterprise.

Two correctional officers, Tova Noel and Michael Thomas, were arrested and charged Tuesday with falsifying prison records to cover up their lapses in their official duties, which included checking on Epstein every half hour, reported the Miami Herald.

The officers instead remained at their desk, browsing the internet and moving around the common area.

Epstein was found hanged Aug. 10 in his cell, shortly after he was taken off suicide watch while awaiting trial on sex trafficking charges.

The charges were unsealed on the same day the Senate Judiciary Committee held an oversight hearing on the federal Bureau of Prisons with testimony from top administrator Kathleen Hawk Sawyer, and Epstein's death came up.

“With a case this high profile, there has got to be either a major malfunction of the system or a criminal enterprise afoot to allow this to happen,” said Sen. Lindsey Graham (R-SC). “So are you looking at both? Is the FBI looking at both?”

“The FBI is involved and they are looking at criminal enterprise, yes,” Sawyer replied.

"There were powerful men who wanted Jeffrey Epstein silenced," he added.

The 66-year-old financier was friends with Presidents Bill Clinton and Donald Trump, as well as other rich and powerful celebrities.

Cruz laid out "two possibilities" for Epstein's death -- "gross negligence and total failure" by BOP, or “something far worse ... that it was not suicide but rather a homicide carried out by person or persons who wanted Epstein silenced.”

Sawyer, however, said there was no evidence of foul play.

“There’s no indication, from anything I know, that it as anything other than a suicide," she said.