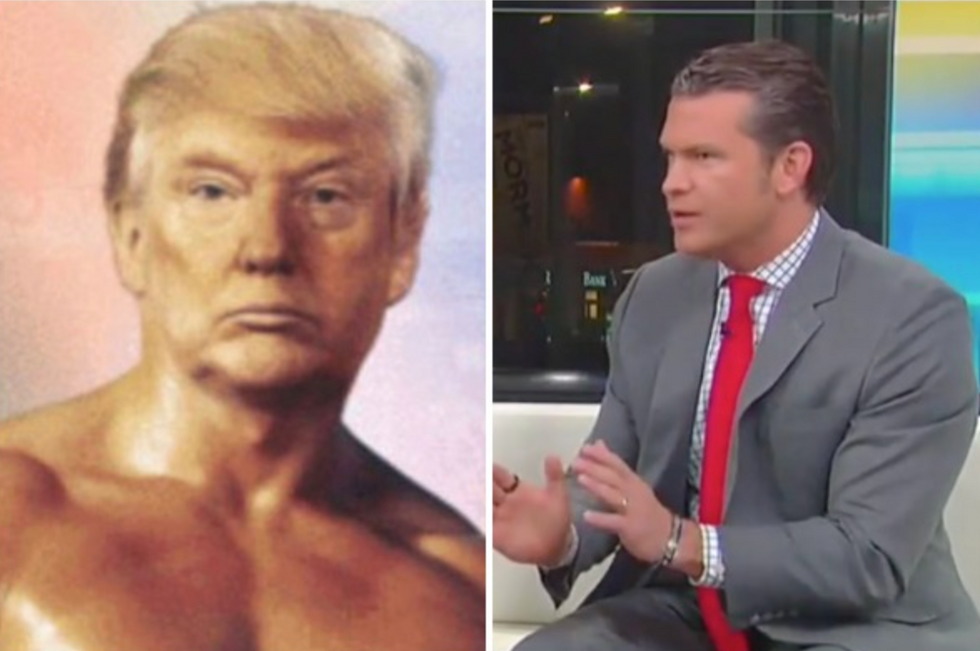 Responding to President Trump's recent tweet where he shared a photoshopped image of his head on Rocky Balboa's body, Fox News contributor Pete Hegseth said that that's exactly how protesters in Hong Kong see the US President.

According to Hegseth, the protesters “are freedom-loving people who say China is a communist country that wants to crush us. There’s only one place on Earth that can support us, and that’s the United States.”

After Trump signed two bills to support human rights in Hong Kong, pro-democracy protesters in the city were spotted holding pictures of Trump as Rocky.

“These protesters are saying [Trump] is a fighter for freedom. This is our guy. This is who we stand with,” Hegseth added. “[Chinese leader] Xi Jinping, who he’s trying to make a deal with, but he is ultimately an autocrat, a dictator. He controls China. He wants to control the world. That’s the Chinese dream.”

“They look at a guy like Trump and they see Rocky Balboa," he continued. "They see a fighter for freedom. Our press here might mock him for it but that’s how protesters see him waiving the flag, singing the anthem, holding up that photo. What is going on in Hong Kong is immensely important and when you think about Thanksgiving it makes us grateful to be in a country where we really do live free."

Watch the clip over at Mediaite.