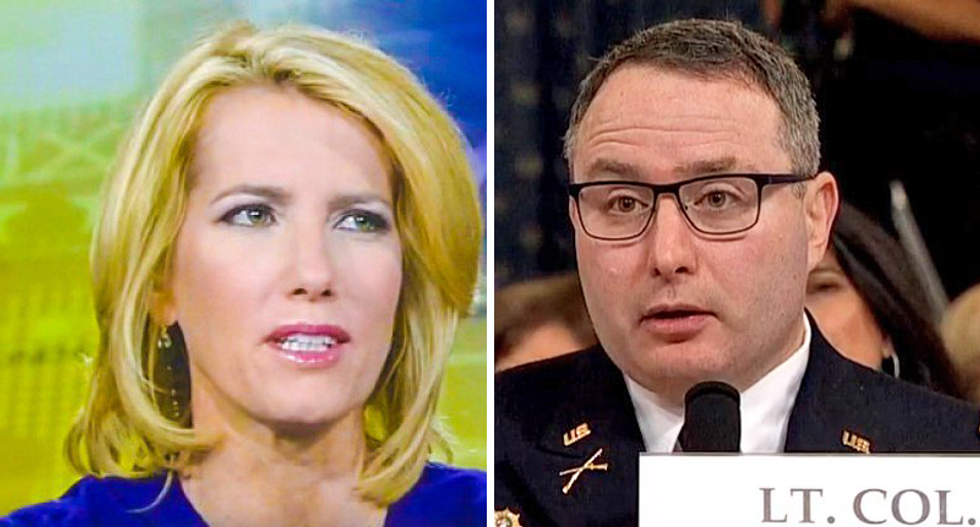 An attorney representing Lt. Col. Alexander Vindman is demanding Fox News retract a segment that aired on the "Ingraham Angle" that suggested Vindman may have committed treason.

"We are compelled to write because of a deeply flawed and erroneous Fox News segment that first aired on October 28, 2019, the gist of which has since been republished countless times, including by the president of the United States to his 66.9 million Twitter followers. Laura Ingraham reported the Segment during her show, 'The Ingraham Angle' along with John Yoo, who was a panelist invited by Fox News to participate in its coverage of LTC Vindman," the letter read.

"While our client does not intend by this letter to discourage reporting concerning him or critical of him, the Allegations published in the Segment are false and defamatory. Fox News knew they were false when it published them. The Allegations have injured LTC Vindman and Fox News is responsible for any third-party republication of them," the letter argued.

The letter says the scandal could hurt the credibility of Fox News.

"Fox News boasts that it is the 'most trusted' American TV news brand. It is undoubtedly aware of the enormous influence its words have on the minds -- and actions -- of millions of Americans. When Fox News reports, and fails to retract or correct, that a Lieutenant Colonel in the US Army, a Director on the National Security Council, has committed espionage, those words cause enormous and foreseeable harm -- harm that has, as the above examples show, already occurred," the letter said.